What is Jungle Proximity?
ByMichael Termini|@Michael_TerminiSep 9, 2021

What is Jungle Proximity and Why Does it Matter?

If you have watched a competitive League of Legends event, you may have heard analysts or shoutcasters talking about Jungle Proximity (JP). So what is JP? JP is a stat designed to track the percentage of time a Jungler is near a laner. Imagine an invisible line between the Laner and the Jungler. This line travels via bird's eye view, so the map terrain doesn’t matter. As long as this line is under 2,000 range, the Jungler is considered near their Laner, thus counting towards JP. Furthermore, this stat is only counted between the 3-15 minute mark. The reason? Teamfights whether at level 1 or after the laning phase is done would add no worth to the statistic and just inflate the numbers.

To Illustrate JP, let’s look at a recent playoff match of Team Liquid versus TSM. Game 1 of the series featured TL’s Alphari on Gnar and TSM’s Huni on Irelia facing off in the Top Lane. Irelia is typically a counter to Gnar. As such, Alphari needs extra help from Santorin, Team Liquid’s Jungler,to make sure he doesn’t lose the matchup. 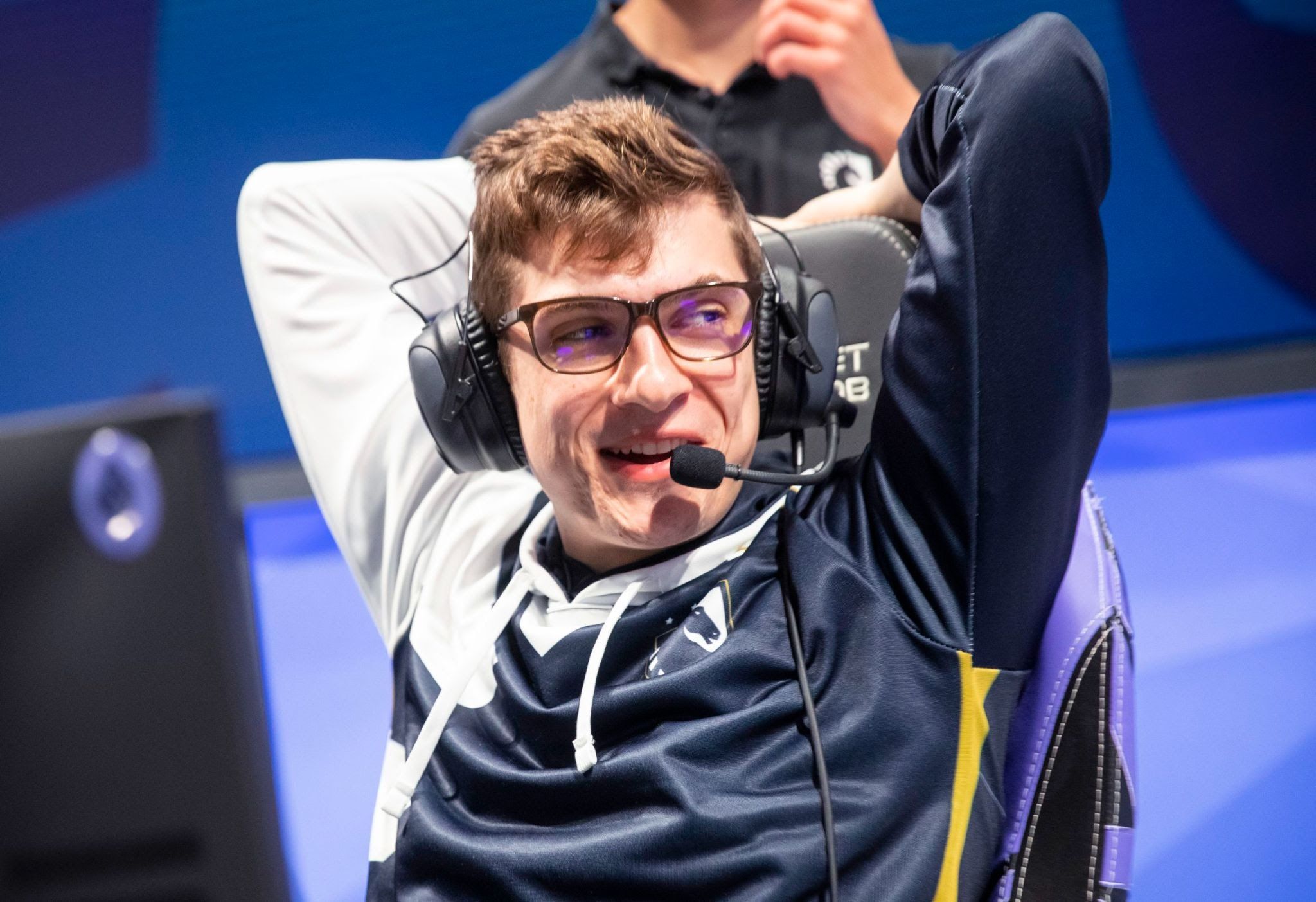 This means that Santorin is within 2000 range of Alphari 10.44% of the time within 3-15 minutes. Here is a chart of every LCS Top Laner and their respective JP. 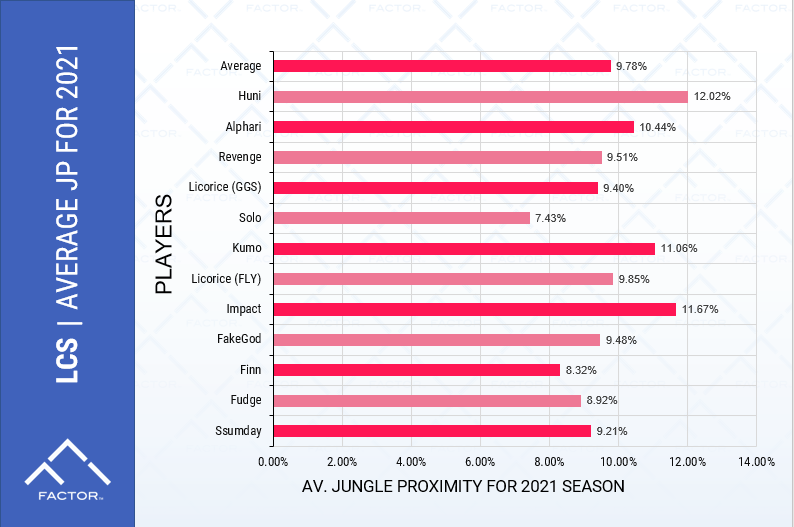 In the aforementioned TL vs TSM playoff game though, Alphari had a JP 38%. Santorin spent 38% of the early game near Alphari. This is a perfect example of how JP can show the story of a game without any other form of information. We know just from the JP what the majority of the laning phase looked like, Santorin ganking or hovering near Alphari to help him against a champion counterpick.

Furthermore, looking back at the chart we can see that “higher resource” Top Laners such as Alphari, Impact and Huni all have a higher average JP. This is no coincidence. The teams are looking to play through these carry oriented players and are willing to sacrifice other lanes to help them out a bit more.

JP also has a companion stat, Jungle Proximity Different (JP-D). As the name implies, this is a stat that compares two laners JP. Let’s say hypothetically that it’s Huni versus Alphari again. Alphari has a JP of .15 while Huni has a JP of 8%. This means that the JP-D for this matchup is +7% for Alphari and -7% for Huni. JP-D is a great way to compare the amount of pressure from your Jungler for a lane versus another. Generally, the higher the JP-D for a laner, the better their lane goes. If a team commits more resources to the lane, naturally, it is expected that the lane should win. Everyone has been camped in a ranked game before, it’s no different.

Another way JP can be used is to see the weak side line. Weak side is the lane that gets less attention from the Jungler. Typically, most teams tend to favor playing through either Top or Bottom. Of course, this isn’t for every game. Take Cloud9 for example with Fudge. Fudge can play aggressive carry style champions like Viego, Camille or Gwen. These are peak strong side champions as you want to get them ahead. But Fudge also has 21 games on Ornn or Sion throughout the year. These are generally weak side picks. Here are his list of Champions below: 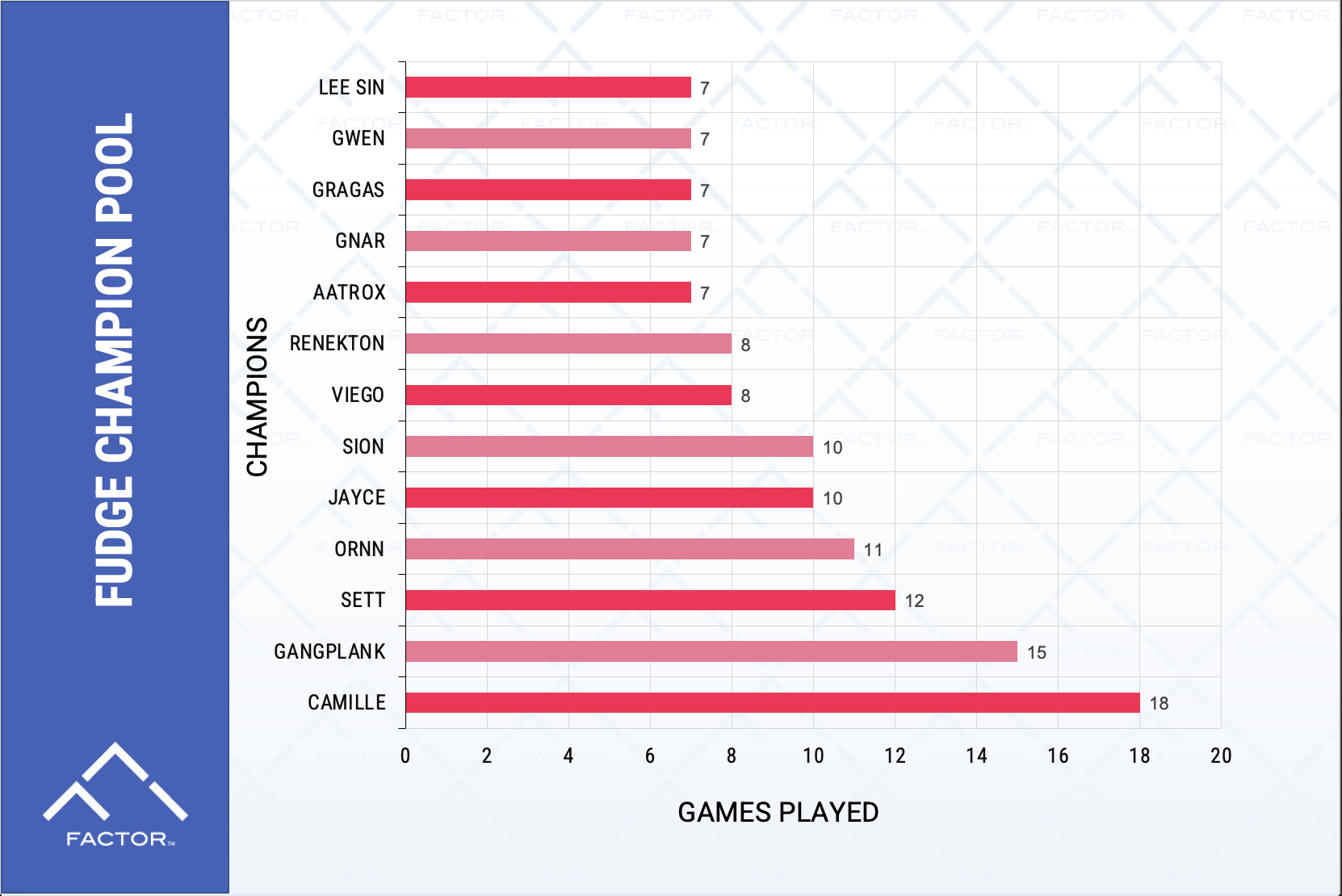 In the context of JP, we can see weak side versus strong side. Going back to Fudge, on Tahm Kench, a weak side champ, we can see his JP was a measly 3.25% on average out of 4 games. One of these games, he even had 0 which is quite impressive. Compare this to his 12 recent games on Gwen or Viego in which his JP was 8.92%. This is a 274% increase in JNG activity in the Top Lane. Once again, JP illustrates how much help Fudge got in these games.

JP isn’t a perfect stat of course, so let’s acknowledge some of the downsides. Sticking with Top Lane, there is almost always a fight at Rift Herald, especially in regions like the LCK. Both the Top and Jungle should be at Herald to fight for it or do it together to speed up the process. This, in return, inflates the Top Lane’s JP slightly. JP can also be inflated for the Bot Side due to Dragon fights.

Another example of the stat being misleading a bit is that Junglers aren’t the only champions that can gank. A laner can be camped by either the Mid, Top or Support in addition to the Jungler. So if one is using JP as a measure of how much a lane is getting assistance or camped, JP can be a bit misleading. Imagine if the Jungler is power farming while Support is having a field day in Top. Yes, the JP could be 0% in this scenario. The Jungler wasn’t Top, but that doesn’t paint the picture of how the lane went.

All in all, JP and JP-D are two stats that provide a shocking amount of insight into the way a League of Legends match is played and Factor is the only place on the internet to get Jungle Proximity stats.