"They call me Valhir. The Volibear. Greatstorm. My true name is mine alone."

When League of Legends was new, Riot Games were pumping out champions as fast as they could. For better and worse, champions were flying off the production line in an effort to build up the roster and derivative abilities became a common occurrence. Attack speed steroids, buffs after three autoattacks, and basic, targeted CC abilities were common. Champions were far simpler than ones who come out today, and some suffered from simplicity as the game evolved and saw more changes and an ever-growing roster. Unfortunately for Volibear, the Thunder’s Roar, that simplicity hampered him from the moment he arrived on the Rift, sporting a kit that remained thoroughly underwhelming for the nearly nine years it existed.

Released in November 2011, Volibear was geared toward being a basic beefy brawler who could take on opponents in the top lane and tussle in team fights, or be able to sustain through the jungle and gank with decent chasing. His passive provided rapid healing after dropping below 30% health to keep him in the fight longer, and could be used to edge out the opponent in early fights. Q sped up Volibear, especially when chasing enemy champions, and let him flip his target behind him instead of stunning them. As Volibear would autoattack, his attack speed would rise up to three stacks thanks to the passive effect on his W; at three stacks Volibear then unlocked the ability to maul his target and deal damage based on their missing health. E unleashed a roar that would slightly knock back and slow targets, dealing maximum health magic damage if Volibear caught a champion trying to dash away or if they were airborne, providing a natural combo for his Q. His ultimate caused Volibear to grow and empowered his attacks with lightning for 12 seconds that chained between enemies, dealing magic damage to affected targets and making Volibear more useful in a team fight.

Volibear was intended as a single-target elimination machine who could charge in, flip his target into a bad position, then follow up with E and W to slow and strike them, and if a team fight broke out he would have some presence thanks to some basic AoE and group damage from his ultimate. If ‘brawler with the ability to crush a single target with a bit of team fighting utility’ sounds vanilla, it’s because it is. Aside from being a bear with a sprint, nothing about Volibear truly stood out as extraordinary over other champions in his roles. Volibear is a case study of early League of Legends’ challenges with champion designs, a testament to the idea of quantity over quality.

Though his passive helped him sustain in early fights, its usefulness plummeted as the game went on and champion damage increased, made even worse by the fact that the rapid healing happened over 6 seconds and only healed 30% of his health back. His flip and roar combo could catch an opponent out, but CCing the opponent and following up with a damaging hit was fairly common in his roles. His attack speed steroid and maul effect could help fight and execute a target, but a long cooldown for the maul and a basic attack speed buff did little to make him stand out from other champions with similar effects like Jax and Xin Zhao. And his ultimate? It was essentially an amped-up version of Statikk Shiv, an item that caused a chain lightning effect on autoattacks that existed until Season 11’s item shop rework. Unless players heavily itemized around attack speed and ability power, the damage was nothing to write home about. Original Volibear is easily in the running for having the most underwhelming and uninteresting ultimate in the history of the game. 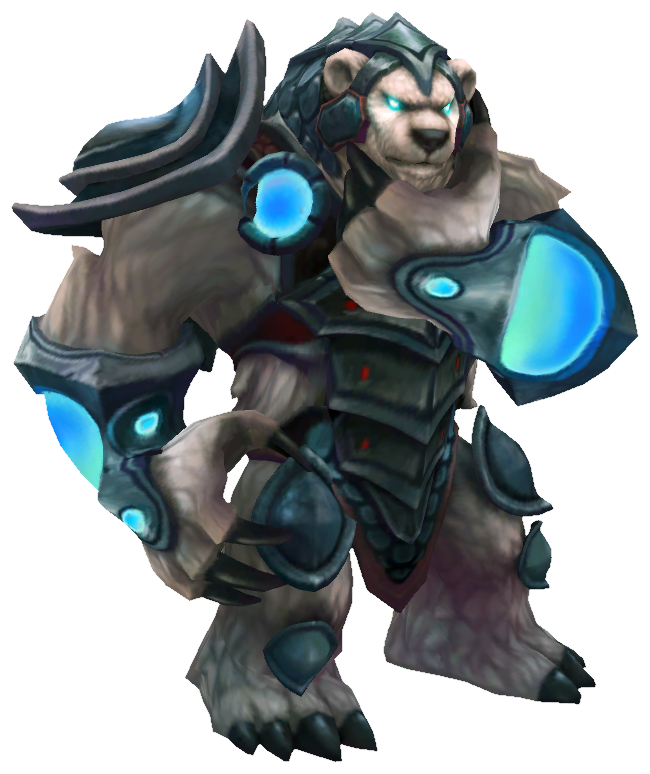 The critical flaw in his design was a lack of a niche or ‘x-factor’ that could set Volibear apart. Sure, his early laning was decent and his jungle sustain was solid, but those strengths were not enough to make him stand out among his peers, and that issue grew worse as League evolved over time. If a team needed a brawler who could beef up with an attack speed steroid and effective single-target elimination abilities, why wouldn’t they pick Jax, Olaf, Trundle, or Xin Zhao? These champions and more had specializations like split pushing, dueling, team fighting, and ganking to help them stand out in top lane and jungle, whereas Volibear was too general to make much of an impact.

Volibear’s professional presence was minimal throughout most of his old life. He went underutilized for years until Season 9 where he briefly stood out and became a bit more popular, but as a support pick instead of a top laner or jungler. Beyond that, he was barely present at competitive levels, appearing once or twice a year if he was lucky. He had his fans, but the viability of the Thunder’s Roar was simply unbearable for any teams looking to reasonably compete at a top level.

In May 2019, Riot opened voting on which champions would receive a rework in 2020, and Volibear and Fiddlesticks beat out the competition handily. It would be another year before the Thunder’s Roar would arrive in his new state; a grizzled, titanic, brutal force of nature. Summoner’s Rift was struck by the Relentless Storm, the new Volibear. 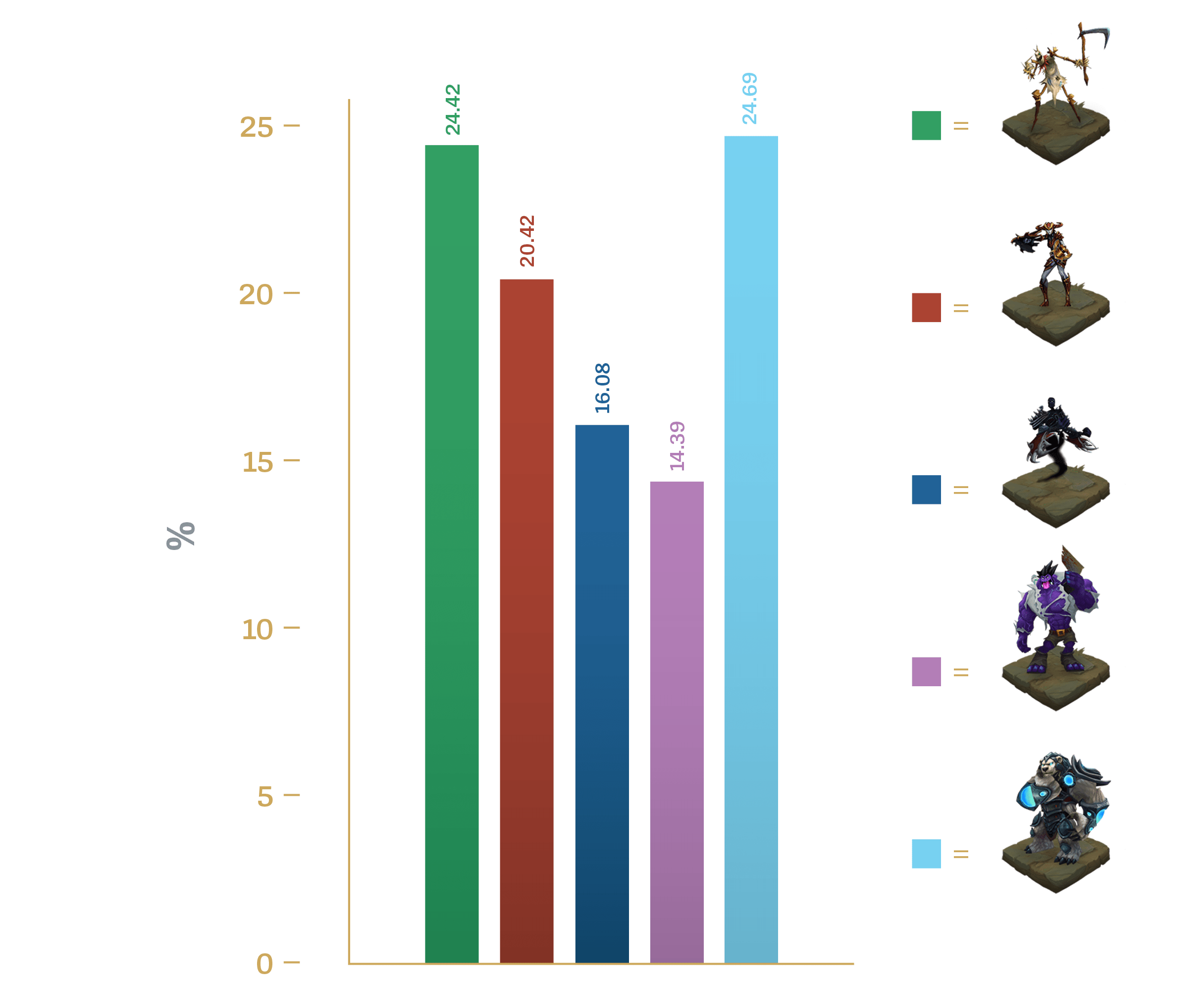 The design philosophy of the new Volibear was to keep his ability to chase down and maul opponents, but amp up those aspects by gearing him towards tower diving, team fights, and sustained brawling. Many aspects of his old kit made it into the rework; his old W’s attack speed steroid and old ultimate’s lightning chain were combined to create his new passive, and his Q remained largely the same, though it now stunned instead of flipping the target behind him. His new W let him strike a target, then provided bonus damage and healing if he struck them again. His new E provided a targeted AoE lightning strike dealing magic damage and slowing opponents, but providing him with a shield based on his maximum health if he stood in the strike, allowing for greater tanking ability and multi-target damage.

The key piece of his new kit was his ultimate: a dunk with all the force of a thunderstorm. It caused Volibear to massively grow, boosted his health, attack range, and movement speed, hit enemies in a large range, and disabled enemy turrets caught in the effect for a few seconds. If Volibear hit level 6, no opponent was safe under their turret. With this new kit centerpiece, he could dive a low health target and finish them off if he was laning, or engage fights and follow up with his Q stun as a jungler looking to gank for his teammates. In team fights, he could bulk up and become a ferocious frontliner who could still deal decent damage to the opposing team, and sustain through the fight with bulkiness and built-in healing through his W. Volibear finally had specialties and decent reasons to be picked over other champions, and the professional world took notice.

After dropping in patch 10.11, Volibear soon became a hot pick in 10.12 with a competitive presence of roughly 43% in professional games played on that patch. That popularity continued to climb and maxed out in 10.15 with an 88% presence in all professional games. Though he primarily showed up in the jungle, he found some success in the top lane as well, racking up hundreds of picks in both roles throughout season 10 after his rework. His popularity tapered off a bit through the rest of the season, but he has maintained a presence in competitive play since then.

It’s fitting that Volibear is so closely tied to storm iconography. In his early days, he simply existed without making much of an impact or instilling much presence in the same way an unassuming cloud drifts through the sky, always there but rarely in mind. It took almost nine years for him to finally emerge as a threat in competitive play, nearly nine years for the storm to build pressure and compound before it finally exploded and truly became relentless.