Defeating Damwon Gaming is hard. Really hard. They only lost seven games during MSI 2021. The only two teams that beat the Korean world champs? Royal Never Give Up took five games, three of which were the crucial final games.

The MAD Lions, explosive rookies from Spain, took the other two. It was in the semifinals, and they won those games with tremendous force. The team showed domination in the early game. The team fought like hell. And they did it all with big smiles on their faces.

Where did these players come from? And are they as POWR-ful as they seem? 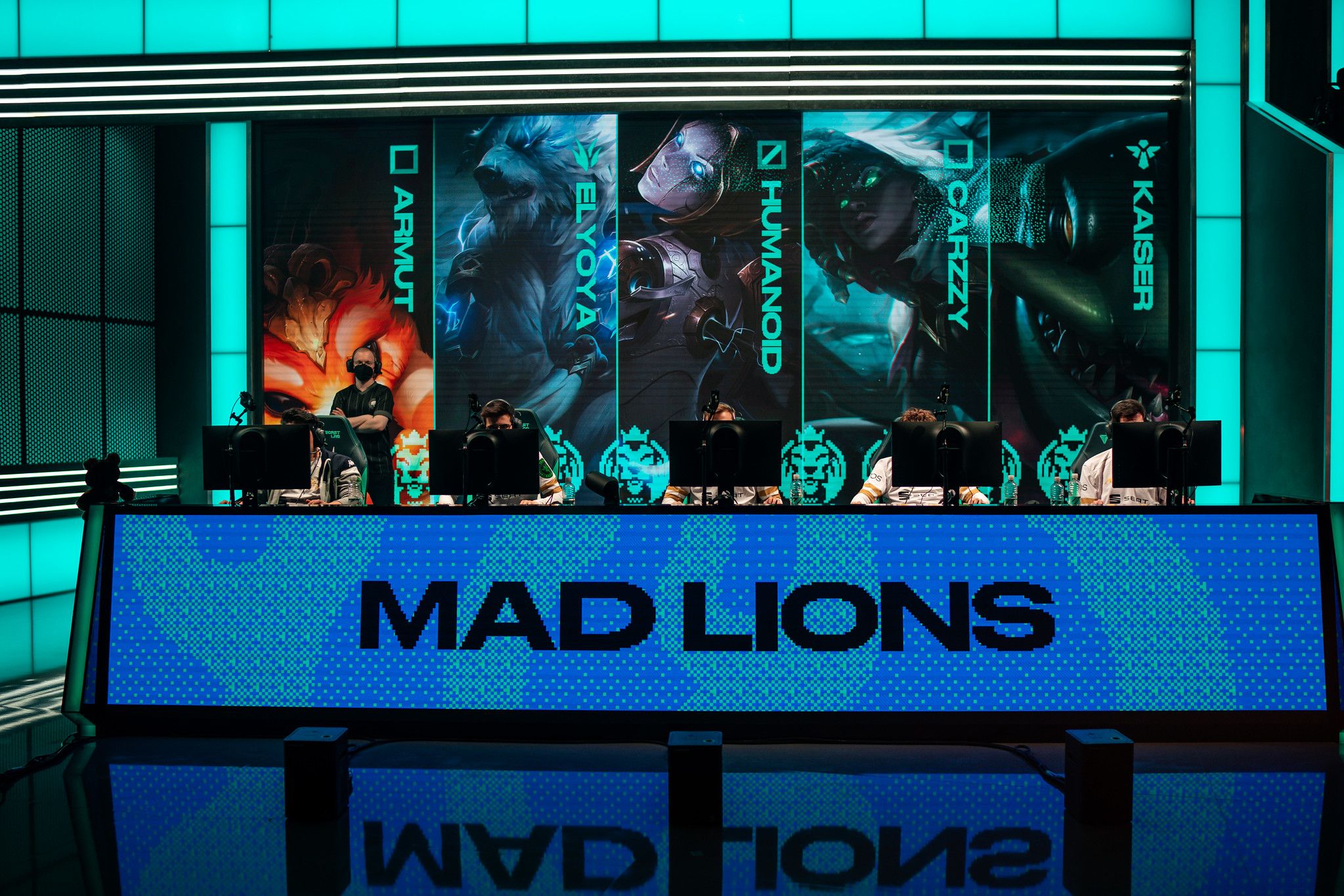 Origins of the pride

This is a young team. The group rebranded from Splyce to MAD Lions, which is short for the Madrid Lions and a reference to the beautiful statues of the Cibeles Fountain. The team reps Madrid, though only one member of the starting team is Spanish.

There’s a history of European teams setting the bar high like MAD, though. In fact, Spain’s xPeke did so for years on teams like Fnatic and Origen. G2 has been Europe’s darling for years, going so far as to win MSI over T1 and Team Liquid, setting the record for fastest international sweep in League history.

But MAD Lions has only been a team since November 2019. G2 has a good four years on these guys, so it’s impressive to show such strength so early. xPeke played in the very first season of the game. Elyoya and Carzzy joined the professional scene in 2020.

G2 is full of vets, and the Lions are a pack of rookies. Do their numbers hold up?

Elyoya won the rookie of the split award for 2021. This is for very good reason: his average POWR rating since joining pro play in 2020 is 52. For context, this is as good as Perkz in the midlane.

(Perkz has become my benchmark for measuring a player’s POWR, by the way. Fight me.)

The singular Spaniard on the team said he wanted to show Canyon that he is a good jungler, too, and he has delivered. Elyoya has 12 games with a POWR rating of 70 or higher in the last year of play, not including his stellar performance at MSI. That’s not to say that his teammates are anything less than incredible, though.

Armut, the top lane goofball, comes in at an average POWR of 48. He’s managed to play Wukong 13 times in the last year alone, and absolutely blasted Damwon with the Monkey King during MSI. He only lost four of those 13 games, giving him a whopping 70 percent winrate ratio on the mischievous monkey.

Carzzy is a terror in lane, too. A personal best POWR rating of 82 on Jhin is a fantastic achievement. The Czech player went 2/2/7 playing against FC Schalke 04 eSports. Nonetheless, even those terrific plays brings Carzzy’s average to a POWR rating of 47. While this isn’t as high as, say, Zven or Tactical average in the LCS (50 and 52 respectively) it’s still an indicator that Carzzy can hold his own. And then some – he’s the only player on MAD to even score 80 POWR or above. Like Elyoya, Carzzy is a 2020 rookie. Keep your eyes on this one. 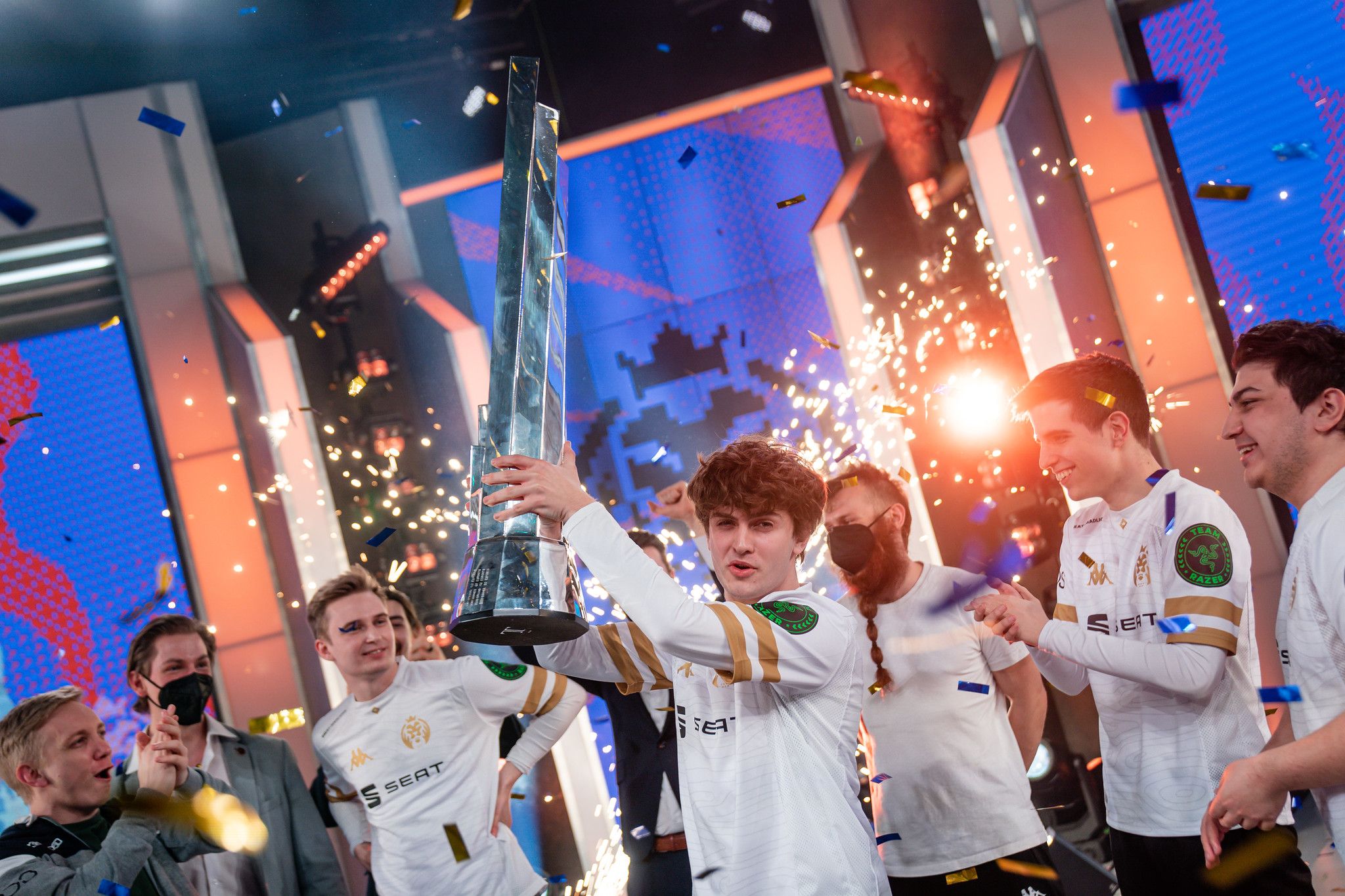 Humanoid comes in a bit lower than his colleagues – his average POWR rests at 45. This is, again, nothing to take lightly. He played Oriana 21 times and only lost seven times. His champion pool is wide, but if anything that might be to his detriment – his winrate is most consistent on reliable picks like Lucian and Azir.

Kaiser has some impressive POWR – a noteworthy 77 on Thresh – but is the weakest link in the pride. His average POWR since 2020 sits at 40. Though sporting a 100 percent win rate on Yuumi, the support for MAD could do better to keep up with his lane partner. Though the bot lane had been called the weak link by LEC casters, they did their part during MSI.

The team is certainly as powerful as they let on, make no mistake. Whether or not they will go down in the LEC history books with the likes of G2 and xPeke is anyone’s guess – it’s too early to tell.

All anyone can say for now is that they are a mighty, brash, convivial, terribly talented team.