While the DFM roster still technically has everyone from its MSI run, there was a big change made. Gaeng, the team’s former sub, is playing the support role instead of Kazu. Kazu has moved to an analyst role for the team and is still a sub if need be. This was a needed change. DFM’s weakness was clearly its support position.

In the Spring Split, Kazu and Gaeng both spent time on the starting roster. DFM couldn’t make up its mind and frankly, neither stood out. They decided to stick with Kazu for MSI and their playoff run there. After MSI, the team decided it needed to make a change. This is when the swap happened. However, Gaeng is not a revolutionary support. He isn’t going to fundamentally change the way DFM plays, but he is much more stable and consistent for its ADC, Yutapon. This consistency helps fix DFM’s biggest issue which was their bot lane. 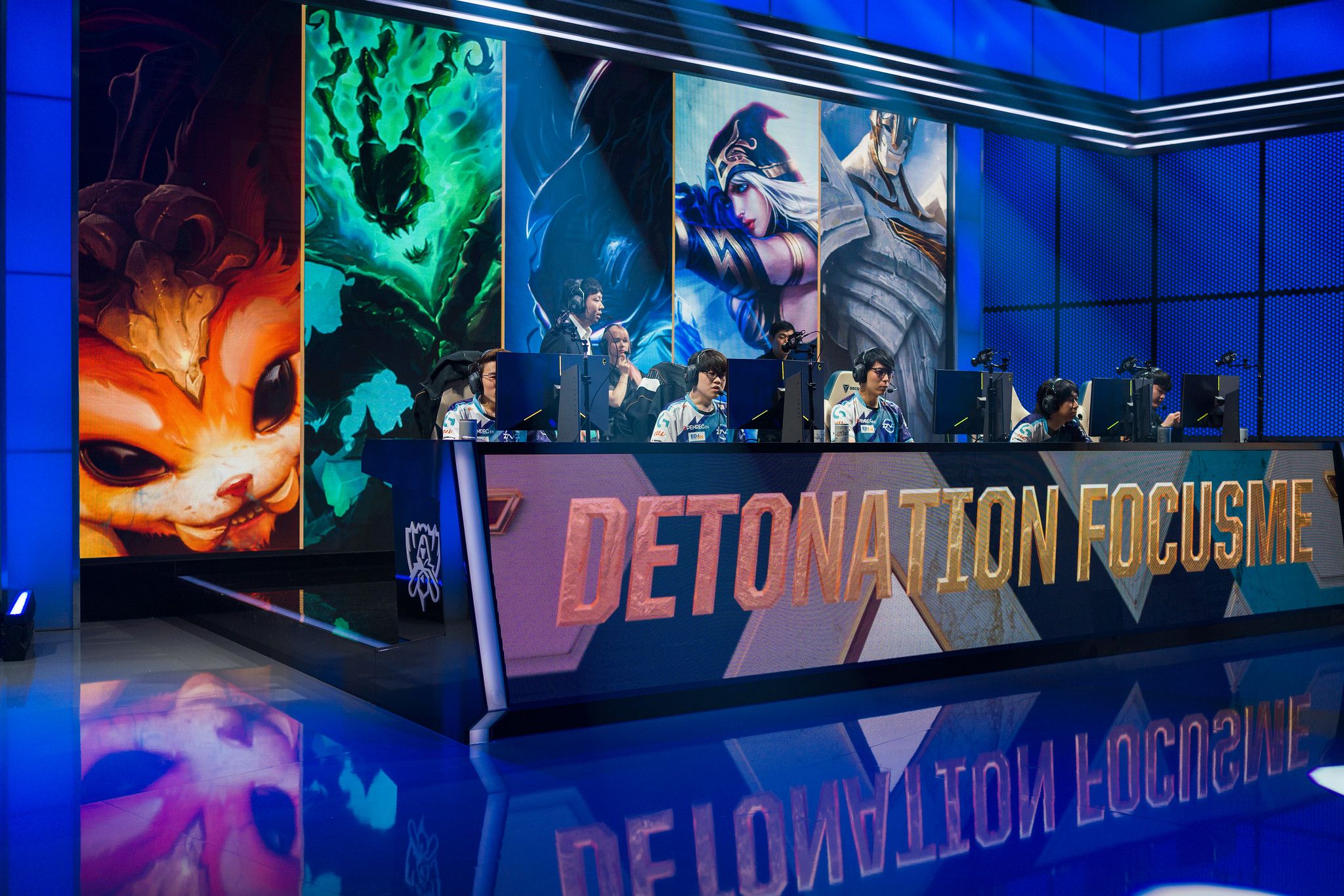 When one thinks of a true League of Legends veteran player, one might think of someone like Bjergsen. Bjergsen anchored midlane for TSM for nearly six years. Yutapon makes six years look laughable.

Since April of 2013, Yutapon has been a starter for DFM in both top lane and bot lane. Yutapon isn’t the only veteran on the DFM roster.  Evi, as top laner, and Steal, as jungler, have both been with DFM for nearly four years. What may be more incredible is that these three players have played with each other for four years. There are very few, if any, other teams in the World that can claim that.

This veteran presence has immense value. There is a reason DFM has won half of the LJL Splits the last 4 years. This level of confidence in teammates shows. Yutapon for instance is still one of the best ADCs in the LJL. His DPM is 3rd in the LJL at 588. His laning stats are quite impressive too with a GD10 of 97, XPD10 of 177 and CSD10 of 1.5 in the Summer Split.

Yutapon isn’t the only impressive veteran. Steal is one of the most exciting junglers in the entire world. Remember when the LPL locked in Shaco and it made international headlines? Yeah, Steal did that four times in the Summer Split. Best part? He won all four. In the playoffs, he was a fan of Nidalee; that pick isn’t that uncommon, but is certainly off meta. Even in 2020 he played Elise jungle a few times. Steal just has this ability to bring out weird champs that no one expects and play them well. This isn’t even mentioning his insane stats which include a GD10 of 179, XPD10 of 187, and the 3rd best DPM of LJL jungler’s. There is no doubt that Steal is a dynamic factor of DFM and with some weird jungle champs like Talon and Zed becoming meta, it wouldn’t be a stretch to expect Steal to break them out. 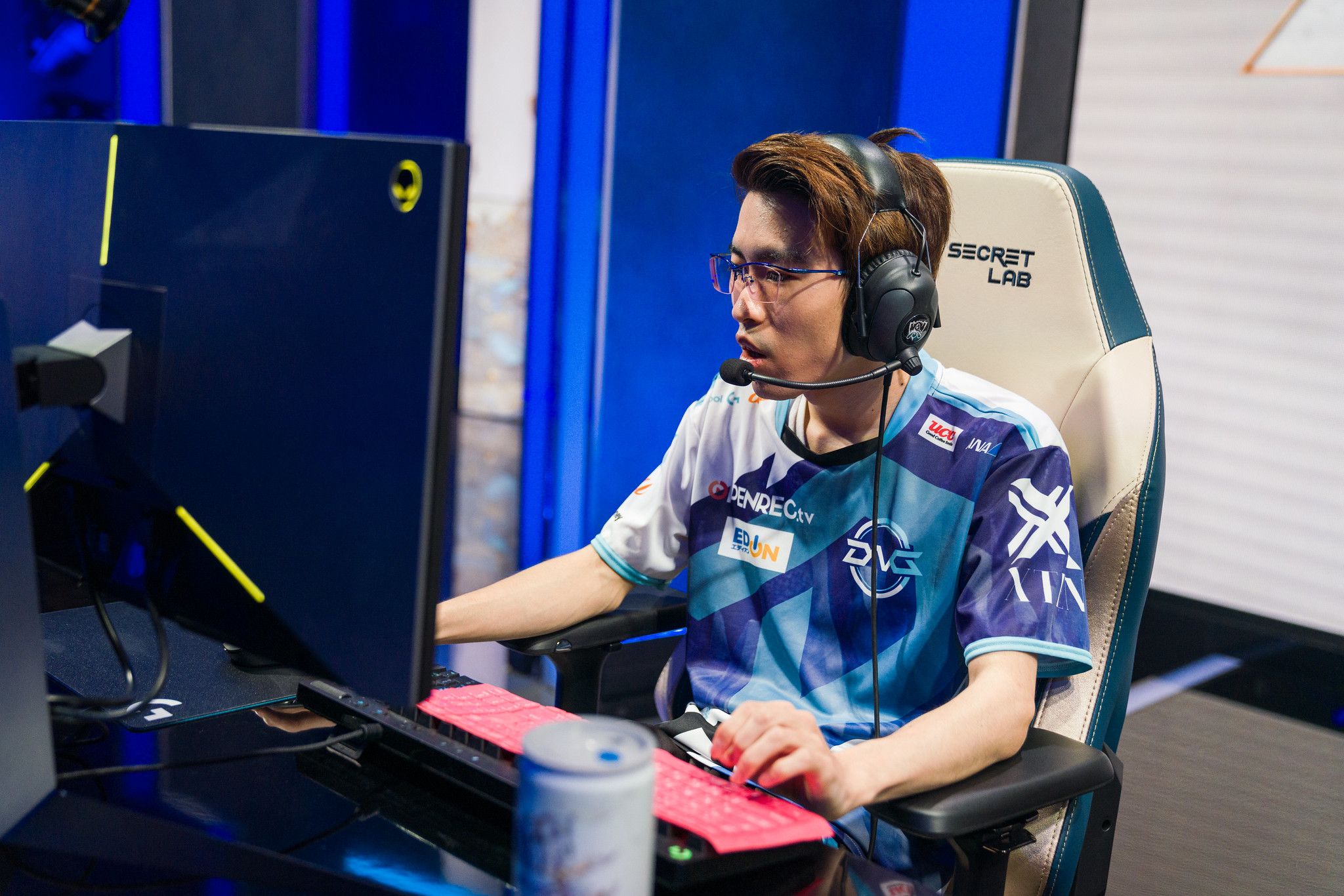 Finally, we have Evi. Evi makes his teammates' stats look bad due to his sheer dominance of the top lane. For instance, his laning stats are a GD10 of 363, XPD10 of 369 and a CSD10 of 5.9. These are all first in the role while Steal and Yutapon were hovering around third. Evi, along with Aria, are the real carries of DFM. It wouldn’t be shocking to see DFM put a lot of their resources into top lane to see what Evi can do against some of the better top laners in Group B like Fudge, similar to what they did at MSI.

Speaking of Aria, when people think of DFM, he probably comes to mind. This is for good reason, Aria is simply put ‘superhuman’. The only way to quantify this is to list off some of his stats, which are mind boggling: a 9.7 KDA, +137 XPD10, +437 GD10, and +5.5 CSD10. Furthermore, the only main stat that he isn’t top 3 in is WPM. It doesn’t need to be stated how impressive that is. Sure, the LJL is a weaker league, no one denying that, but Aria’s dominance is still incredibly impressive.

Aria is also only 20 years old. His room for growth is astronomical and it wouldn’t be shocking if an LCK team is interested in him. Aria is a Korean resident after all and his contract does expire this year. Contract talk aside, Aria is the heartbeat of DFM. The team will thrive if he gets ahead and is able to take over games.

DetonatioN FocusMe has already exceeded expectations for Worlds 2021 making it out of Play-Ins along with Cloud9, Hanwha Life Esports, and LNG. Their group, Group B, is filled with stiff competition including EDward Gaming, 100 Thieves and the legendary T1. For the LJL, getting any win on these teams would be massive and defy expectations. At the end of the day, the LJL has already made Groups, something they have never done before. This team is special, but it’s not Knockout Stage special.