This offseason content is brought to you by Coinbase.

Battle of the First Objective

Now that the trophy has been hoisted, the teams have all returned to their regions, and the off-season is firmly upon us, it is time to look at what we can learn from the 2021 League of Legends World Championship. Trying to glean some information from all of the international games that just occurred can help push players over the top in their last-minute climbs up the ranked ladder.

There is no better place to look than at which objective professional teams prioritized at Worlds 2021 — Dragon or Rift Herald.

Getting early objectives is key to securing a smooth transition from the early phase of the game to the midgame. One misstep around the Baron pit or dragon can lead to disastrous setbacks that puts teams behind. On the other hand, if a weaker team can claim early objectives, it can help them claim victory and upset a strong opponent.

At Worlds 2021, the choice was clear. Rift Herald was the much more heavily prioritized of the two objectives. Out of all 121 games, 78 of them saw teams move towards the top side at eight minutes to fight over the charging void monster. Stacking early dragons was not seen as worth it when compared to what getting the first Rift Herald can get for a team. The first two dragons of every game had far less important stats than a potential first turret plus some plating gold. When both objectives were on the map, Rift Herald is the more highly contested objective because of the immense pressure it puts on the map as well as the massive gold lead it can create.

When teams take the Rift Herald, they are left with a very important choice. Which lane should be the one to have its turret charged by the void spawn? In the chart below, we can see where the best teams in the world saw fit to drop the rift.

Mid was the overwhelming favorite with nearly half of all Rift Herald usage being in the center of the map. This makes sense, since taking the first mid turret of the game opens up so much more of the map. It also makes it easier for the team to rotate and allows for more aggressive ward placement to track the enemy.

The top lane percent is as high as it is because some junglers would immediately rotate top after taking Rift Herald and drop it quickly. Making sure their top laner had pressure and got some extra gold from plating let a lot of carry top laners flourish.

Despite the dragon being taken first far less often, some teams did prioritize it. It benefits from spawning a whole three minutes earlier than Rift Herald and can be easy for a jungler to sneak if they catch the enemy sleeping. The chart below shows which type of dragon was the most popular when being taken first. 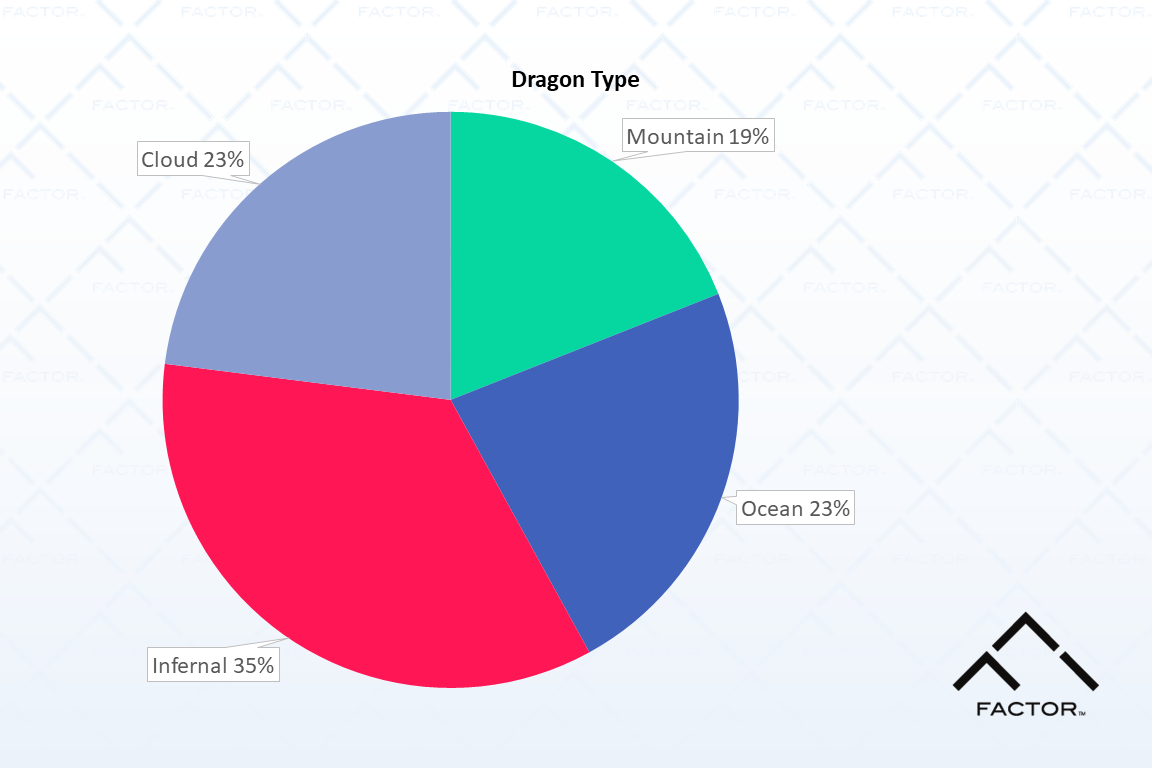 Out of all four dragon types, infernal was the most popular to take first. The 4% damage buff, while not huge, is enough to help swing an early fight. Cloud and ocean were both taken first 10 times each, while mountain only got taken first eight times in all 121 games.

Dragon was mostly prioritized during the three minutes that dragon is up while Rift Herald is not. Dragon was taken first 43 times throughout the tournament, and 37 of those times were before Rift had made its way onto the map. With new dragons making their way onto the Rift next season, it will be interesting to see if these numbers change at the next international tournament.

Securing an early gold lead through the Rift Herald was much more prized by teams at Worlds 2021. But just how important is securing the first neutral objective of the game to winning in the end? Across all 121 games, the team that secured the first dragon or Rift Herald went on to win the game 53.72% of the time.

This was surprising. One would assume taking an early objective would help teams win the early game and snowball the game. The chart below tracks each portion of Worlds 2021 and shows why the win percentage is as low as it is. 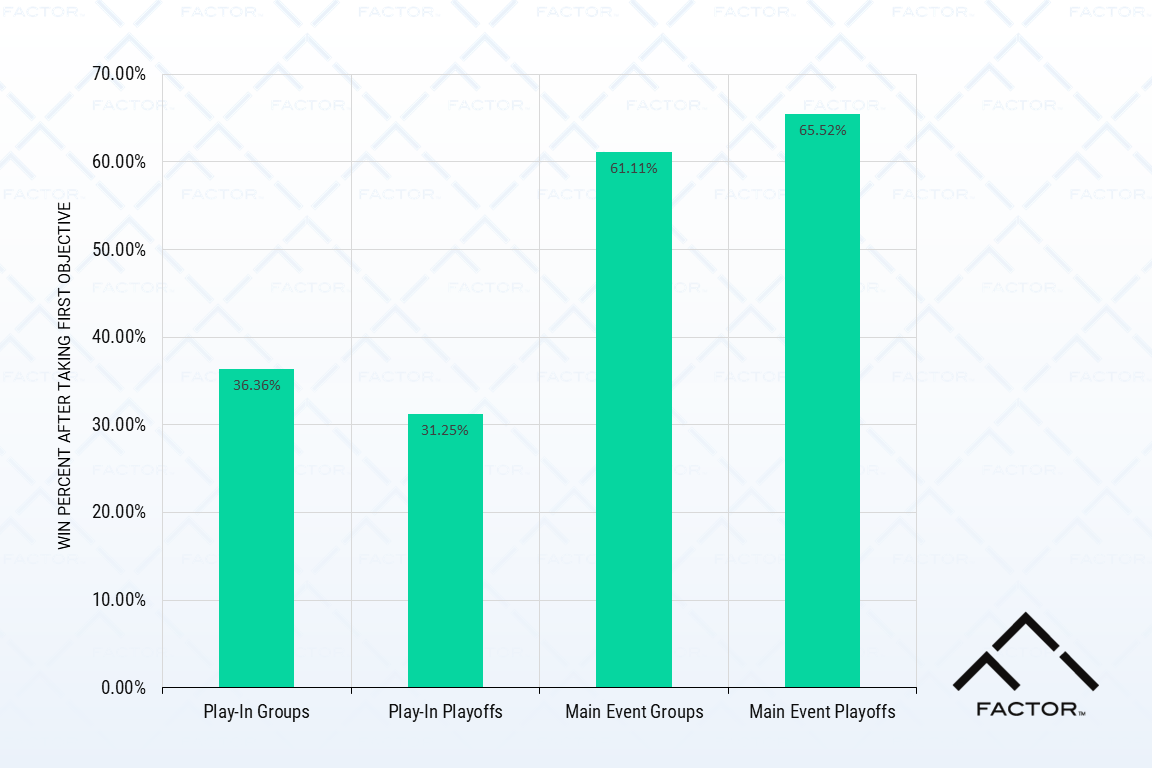 It truly is a tale of two Worlds. During the Play-In stage, it was almost a death trap for a team to take an early Rift Herald or dragon. Leaving the lane phase to move towards those objectives put the laners too far behind their opponents later in the game. This is not to say that teams did not go for early objectives. Plenty did. It is inexplicable as to why they would go on to lose so often after doing so.

If you want to gain an early advantage in your solo queue games, head to the top river and secure Rift Herald as soon as it spawns. Once you get it, move mid and drop Rift to open up a big portion of the map. It might even allow you to rotate towards the dragon afterwards. Go forth and secure those neutral objectives and grab that early pressure.