Oct 10, 2022
DRX BeryL talks win over Top Esports: "LPL has a bit higher of a win rate than us, but that doesn’t mean we are weaker than them."
Interview
Image of DRX BeryL at Worlds 2022 Group Stage Week 1

DRX dropped their first game of Group C to League of Legends European Championship 1st seed Rogue, but bounced back the next day with another win against China – this time, a sub-30 minute stomp against LPL 2nd seed Top Esports.

After the win over Top Esports, DRX support Cho "BeryL" Geon-hee sat down with Factor at the Hulu Theatre to break down the bot lane matchup, discuss his team’s improvements at Worlds 2022, and share his thoughts on the strong performance of mid laner Kim "Zeka" Geon-woo.

That was a very convincing win over Top Esports. Can you tell me about DRX’s game plan heading into this match and did you expect your win to be as one-sided as it was tonight?

They always stick to this one play style, so when we have the lead and can make plays, we set up for them and go for them. However, when they’re having agency and having powerspikes, we go a safer route. I’ve always thought that Top Esports is actually the team that has the highest ceiling in the LPL. We had a big accident this game, but we were able to keep control of the game and win really hard.

The bot lane matchup was particularly exciting. Were these the picks you expected to play and play against coming into this game, and did it change how you played the matchup at all?

JackeyLove is the best Draven player in the LPL, so we were expecting him to play it one time – but not this early, to be honest. Draven is a champion that snowballs off of kills. Once he starts to get gold with his stacks, he starts to snowball really hard. Because of that, we were always keeping an eye on his stacks and when he had really high stakes, we would make sure not to let him take a kill.

DRX came into this game against TES as the perceived underdog. Did you feel you had something to prove today, especially after losing to Rogue yesterday to start the group?

I’ve always thought that our players actually match up with the other best teams in the world. With this win, I feel like we were able to kind of prove that, so I’m really happy.

DRX is 6-1 at Worlds 2022 so far, and it seems like you’ve exceeded the expectations that many skeptics had before the start of the tournament. What improvements did your team make between the end of the LCK season a month ago and now?

It has nothing to do with the individual performance of our players or how they play. The biggest issue we were facing was our lack of teamwork, so we had a lot of communication about how we wanted to figure out solidifying our teamwork. 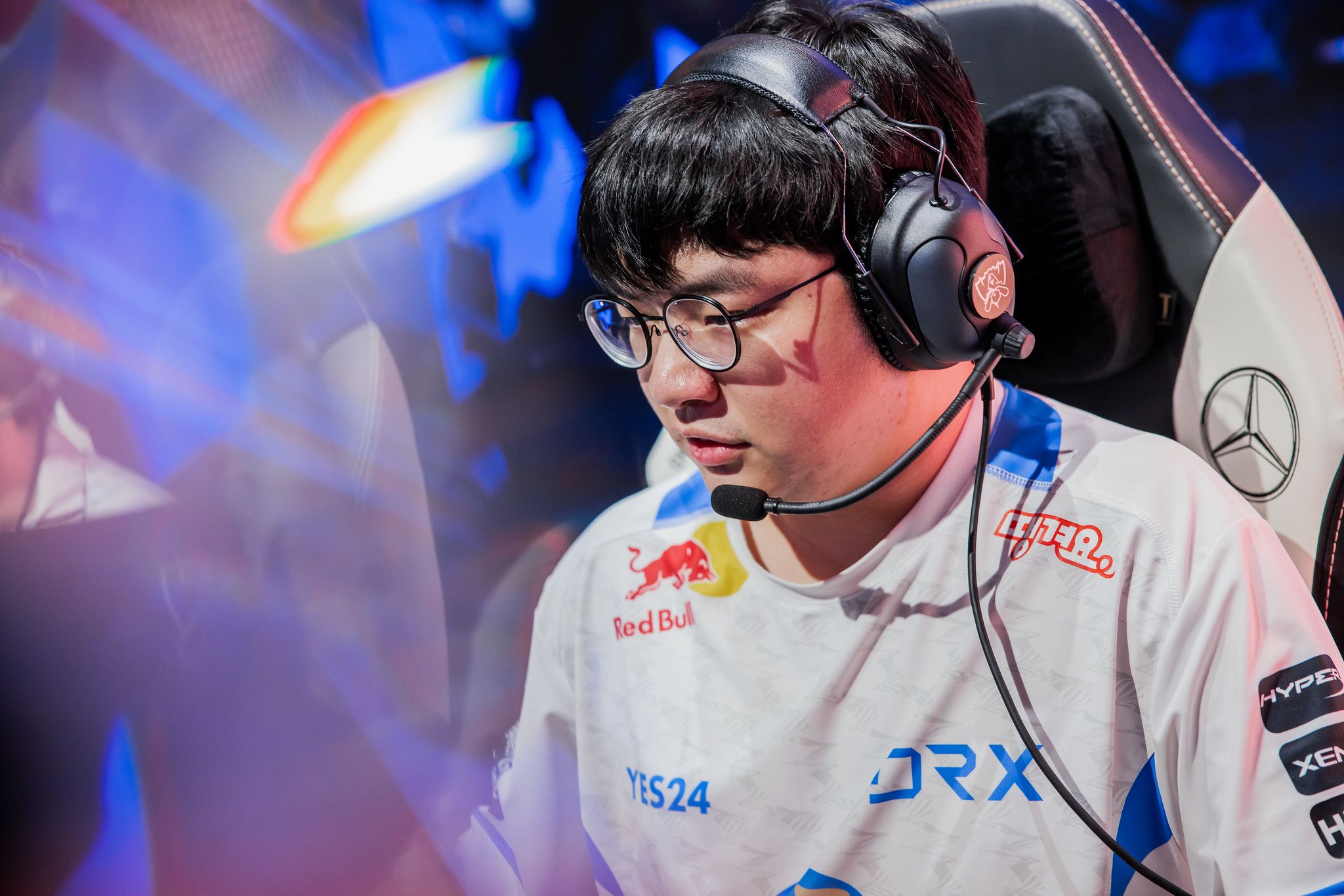 Some of your teammates have mentioned that this meta is good for DRX, too. What about this meta plays towards your team’s strengths?

I think the read on the meta is different depending on the team, but for us, I think mid laners have a lot more carry potential right now than earlier this year. I think this connects really well with our team.

Speaking of mid laners, Zeka has received heaps of praise for his performance at Worlds 2022 thus far. How do you think he’s played and are there any other factors aside from the meta making him particularly formidable right now?

I think Zeka has a lot of similarities to Chovy in the way that he plays. He’s really strong in lane, so he’s been utilizing that strength to scale really well and make his own plays in the late game. I think he has great potential.

This is your third year in a row competing at Worlds, but your first time with DRX. How do you think you’ve played in your first two games at Worlds 2022?

Because the group stage is all best-of-one matches and there are a lot of moving parts, you don’t really know what’s going to happen. I think real power gets revealed in the knockout stage.

There has been a lot of talk about how China is better than South Korea last year, but tonight, you got the better of the regional head-to-head. Is there anything you want to say to the LCK fans?

LPL has a bit higher of a win rate than us, but that doesn’t mean we are weaker than them. That’s what I believe. We’ve only played two of our six games in the group stage so far. It’s a bummer that we lost to Rogue earlier, but we’re going to do our best to win all the remaining games in order to be the 1st seed in our group.