DRX continues its impressive run through the 2022 League of Legends World Championship. After a flawless run through the Play-In Stage, the LCK fourth seed managed to wrestle its way to the top of Group C. Now, in the Knockout Stage, DRX has to fight its way past reigning world champion EDward Gaming in order to advance to the semifinals.

After the Group Stage rounded up for DRX, top laner Hwang "Kingen" Seong-hoon spoke to us about his team’s performance. He walked through the final day of the Group Stage and why his team felt confident locking in Heimerdinger as a support champion in their game against Rogue. Kingen also reflected on DRX’s run at Worlds so far and looked ahead at the Knockout Stage.

Welcome, Kingen, and congratulations on making it to the quarterfinals with a very dominant performance. It was a long day, but a good one for you. How do you look at it?

First of all, thank you! We were all hoping to have a clean victory against [Top Esports] and win against them on our way to securing first place in the group. It was a little regrettable that our performance was getting a bit shaky towards the end. But, if we look at it positively, I think we got more experience from it and that's what matters. Overall, I'm really happy that we are in first place.

“In the second game of the day against [Rogue], we were fully aware that we didn't win the first game because of our skill.”

Heading into the day, you didn't have the easiest position to make it out of Group C. How did you prepare for today?

After GAM won against TES, we had higher chances to make it to the quarterfinals. The conversation that we had as a team was, "Let's not get ahead of ourselves. We still have to be fully aware that there is a chance that we don't make it. We have to play every game seriously and we have to play as if we're desperate." I think that allowed us to take it more seriously. We basically were able to play it out the way we wanted to. I think that definitely helped.

Something interesting that happened was that we saw Heimerdinger in the support role in your first game against Rogue. It seemed like Rogue struggled with it a lot. Can you tell me a bit about the thought process behind locking in this champion as a team?

In terms of the Heimerdinger pick, we noticed that TES banned it in our game against them. At that point, we were wondering why. We hadn't even practiced that pick and they were so wary of that, for some reason. It was a good chance to study it and experiment with it because it could be something that we could use to our advantage in the future. It was a pick that BeryL was also pretty confident in, so we decided to utilize it. To this moment, I still don't really understand why they picked Nasus against that. 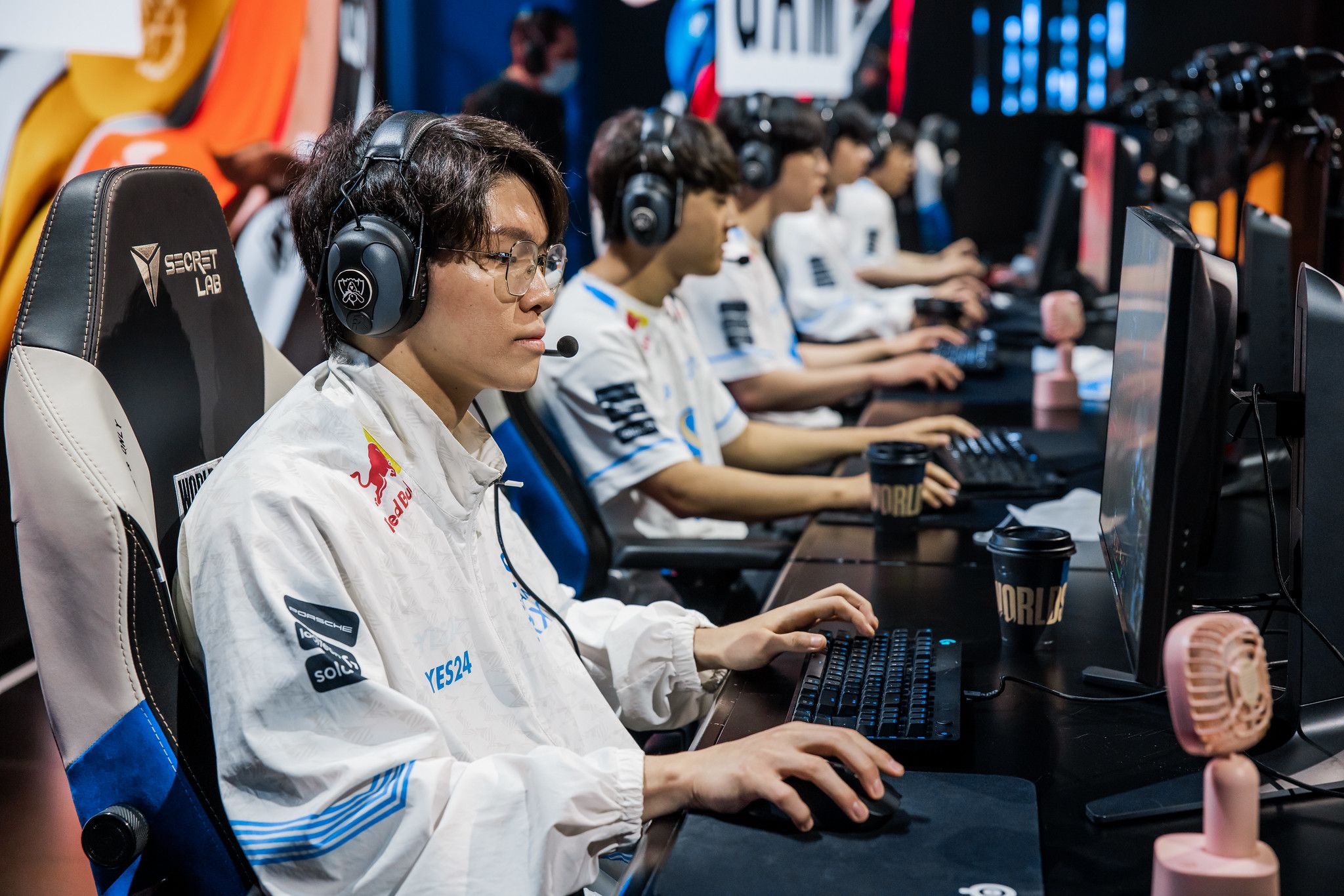 [Laughs] Many Europeans also don't understand it, don't worry. You then faced Rogue again in the tiebreaker match. Did your earlier victory against them give you any extra confidence for the tiebreaker?

I think we won the first game through a draft difference. So, instead of it being a skill matchup, I feel that we started with an advantage because of our composition. In the second game of the day against them, we were fully aware that we didn't win the first game because of our skill. Considering that, we knew that we shouldn't be complacent or put ourselves in a position again where we get caught off guard. Us being able to stay focused and taking the game seriously, doing what we're supposed to do, helped a lot.

“I want to be a player who is very consistent. I don't think I'm quite there yet.”

You end Group C in first place after a dominant run through the Play-In Stage as well, which is very impressive. How do you look at the development of your team so far at Worlds?

In terms of my own performance: ever since I've been getting interview questions about my own plays and what type of player I want to be, my answer has always been that I want to be a player who is very consistent. I don't think I'm quite there yet. I do agree that I'm becoming a better player, but I personally think that I'm quite inconsistent in terms of my plays. That's a little regretful, but I'm confident in improving myself eventually.

Regarding our team's development, we are definitely focused on being able to understand each other and familiarizing with each other's play styles. We're practicing and trying to be fully aware of each other's presence. I think it's really helping us to become a better team. I believe that it will definitely help as we go into the quarterfinals.

Final question: You're now heading into the Knockout Stage and it's feeling like one of the most-stacked top eights in recent Worlds history. Is there anyone you would like to face, or anyone you definitely do not want to face?

Regardless of who is better or worse, generally all these teams are really powerful. I guess I would have to think about the matchups. If we go up against an LCK team and it's Korea versus Korea, that means we'll have to knock one of the Korean teams out. As a person of the same nationality, that would be a loss. So, I would prefer to play against LPL teams. But since it's not our choice, I feel like, even if we do face another Korean team, I hope that we can show off a great performance.