Oct 8, 2022
Oner says LPL and Gen.G Worlds victory predictions are just speculations: “We have our own plans for victory. I think we will win it.”
Interview
Photo by Lance Skundrich for Riot Games

T1 has kicked off the 2022 League of Legends World Championship with an unrelentingly dominant game. Against reigning world champion EDward Gaming, the LCK’s second seed unleashed its fury with a skill-heavy composition that many expected to fall flat. T1 wiped the floor with their opponents in just 22 minutes and 47 seconds, the second-fastest game so far at Worlds 2022.

After the game, T1 jungler Mun "Oner" Hyeon-jun had a brief chat with us. He explained the composition T1 went for and why they were comfortable playing a lineup that many would only recognize from solo queue games. Oner also discussed the strength of other teams and regions at Worlds, and responded to the confident words of Fnatic top laner Martin “Wunder” Hansen on broadcast yesterday.

Welcome, Oner, and congratulations on the victory! That was a very dominant game against EDG. What are your thoughts on the game?

Thanks for the kind message. EDG was the team that we thought was going to be the most tricky to play against in the group. But we won, so I'm happy about that.

T1's draft was criticized a lot because it had Fiora, Lee Sin, and Akali, but no real frontline tank. It was very heavily reliant on skill expression. Can you tell a bit more about the thought behind it?

We thought that we could ping-pong the enemy team's aggro well during team fights. Everyone on the team felt very confident in their mechanics. So we picked champions that we were comfortable and confident on.

“EDG was tricky, but that doesn't make the other teams weak teams. They have their own advantages.”

Still, EDG is seen as a strong opponent. Was the draft purely about your own confidence?

We weren't sure what the other teams in the Group Stage would play, aside from EDG. It was also the first match, so we decided to draft champions that we thought could have more opportunities with to make plays. 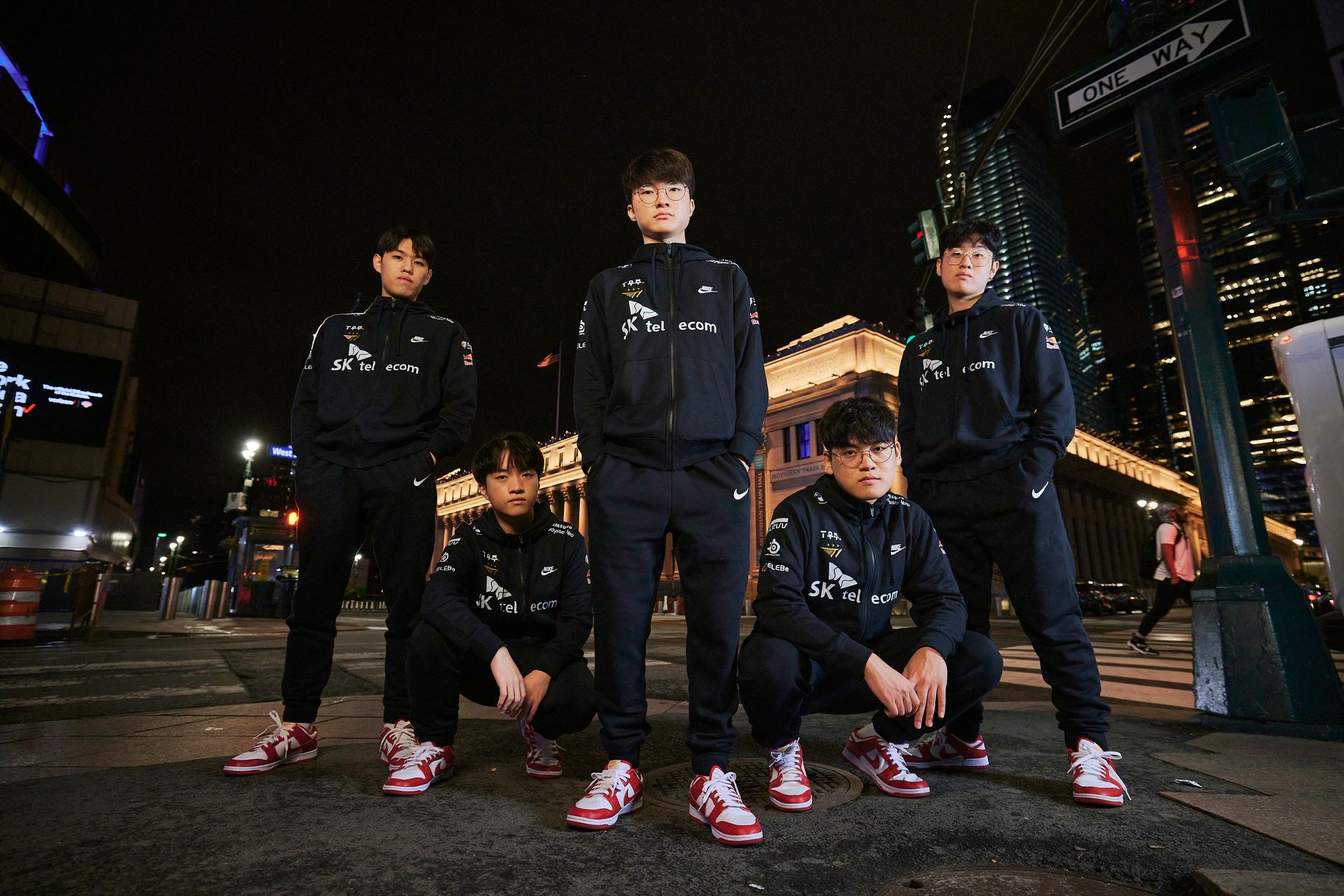 Speaking of Worlds overall, many regard the LPL as the strongest region and see them winning Worlds. Gen.G is also in the conversation. What's your perspective on this, and how do you feel about T1's chances?

If you looked at the games during the Summer Split only, people might think that way. But the LPL winning or Gen.G winning is only an expectation, it's what people are speculating about. We have our own plans for victory. I think we will win it.

Looking at your group specifically, you also play against Cloud9 and Fnatic. In the eyes of the outsiders, they're not as strong as EDG. How do you feel about your group?

Most people think that LCK and LPL teams are very strong teams and that, in comparison, Western teams are relatively weak. I said EDG was tricky, but that doesn't make the other teams weak teams. They have their own advantages. It really depends on how they use their advantages.

“We play [Fnatic] next and I can already see how the match is going to end.”

On broadcast, Fnatic top laner Wunder mentioned that he has a good record against T1 and that he feels confident about the rematch. Now, that record was established before you joined T1, but what's your response to that?

[Laughs] Well, there was nothing I could do about the records from before I joined T1. But we play them next and I can already see how the match is going to end. So, I will talk more about it in tomorrow's interview.

It sounds like you're confident that you're going to beat them. [Laughs]

Regardless of whether we win or lose, being confident is the most important thing. Not just I, but everyone else on the team is also feeling very confident.﻿