“Had I won MSI this year, I would have confidently said that I am the best support player in the world."

Throughout the 2022 League of Legends esports season, T1 support Ryu "Keria" Min-seok was considered by many to be the best in the world at his role. Through six games at Worlds 2022, he looks every bit deserving of that title.

Keria’s doesn’t just lead all supports at Worlds 2022 in KDA, he absolutely dwarfs his peers with a staggering 15.4 KDA – the next closest is Gen.G support Son "Lehends" Si-woo at 7.1. Keria also leads all supports in damage per minute at 30 and ranks second in percentage of team damage, third in kill participation, and is only behind DWG KIA support Kim "Kellin" Hyeong-gyu in Control Wards purchased per minute.

A large part of why Keria boasts more damage than any other support at Worlds 2022 comes from how he specifically has changed the meta at the tournament. In the Play Ins, Yuumi was not picked or banned a single time, and in the four games that took place on the main stage before T1’s Worlds 2022 debut, Yuumi was only banned once by Fnatic against Cloud9.

That all changed when T1 locked in Yuumi for Keria and Sivir for AD carry Lee "Gumayusi" Min-hyeong against EDward Gaming. Keria finished the game 1/0/17 with 100% kill participation as T1 dismantled the defending world champions less than 23 minutes. Since that game, 49 games have been played at Worlds 2022 to date – Yuumi has been picked or banned in 48 of them. Of those 48 games, she has only avoided bans five times. 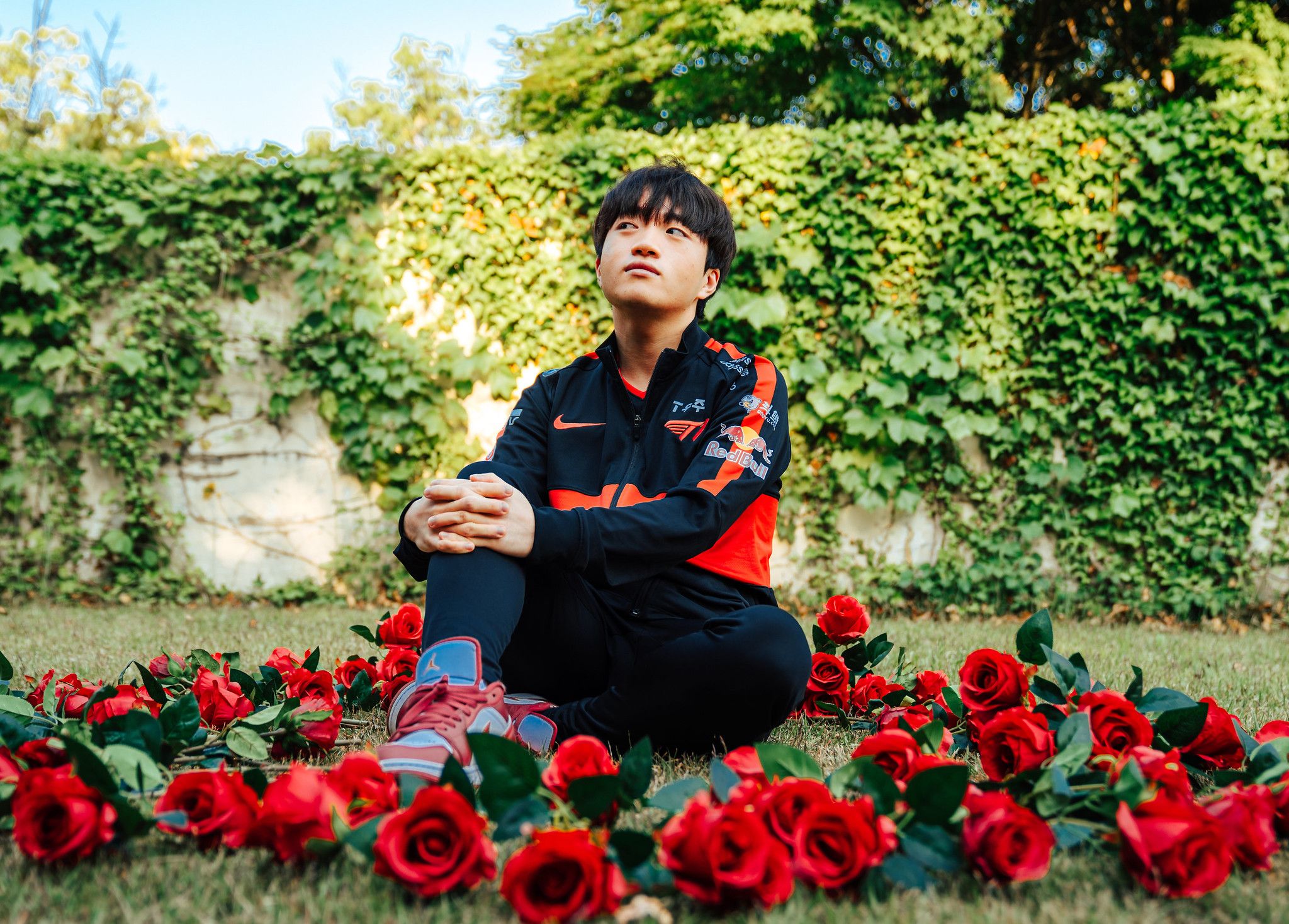 T1’s one stumble at Worlds 2022 thus far came against Fnatic on the second day of Group A competition. Keria and Gumayusi had control of the game against Fnatic AD carry Elias “Upset” Lipp and Zdravets "Hylissang" Iliev Galabov, but when T1 jungler Mun "Oner" Hyeon-jun was caught out by Fnatic’s bot lane and jungler Iván "Razork" Martín Díaz, the momentum of the bot lane shifted completely and the European side never looked back on the way to a sub-30 minute victory.

When making a point about the Worlds 2022 meta in an interview with Factor, Cloud9 support Jesper “Zven” Svenningsen used Oner’s death as an example for how easily influenced a laning phase can shift off of one mistake.

“The laning phase is what it is, then Oner made one mistake and dies. Keria tries to help him and dies as well, and now, bot lane is over. That doesn't mean Fnatic's bot lane necessarily played better though, right? The 3v3s, 4v4s, and map plays are more important than the actual laning phase in this modern version of the game,” Zven explained.

Keria, on the other hand, feels differently about what ultimately did in T1 in against Fnatic. “There was a mistake in the ban/pick and that’s what caused the problem” Keria explained. “Otherwise, everything’s going as planned.”

Despite his acclaim at Worlds and throughout the entire 2022 season, Keria has yet to consider himself the best support in the business. “Had I won MSI this year, I would have confidently said that I am the best support player in the world. Sadly, I did not. I think there’s still more work to do for me,” Keria admitted.

Keria will get a chance to do some of that work in T1’s next match of Worlds 2022: a best-of-five quarterfinal against Royal Never Give Up. The last time T1 played RNG was in the finals of the 2022 Mid-Season invitational, which ended in a 3-2 win for RNG and, as far as Keria is concerned, barred him from truly claiming the title of the best support in the world. However, with a new mindset, Keria is feeling less pressure than ever at Worlds 2022.

“When I went to the previous Worlds and this year’s MSI, I felt a lot of pressure about having to win and get good results,” Keria explained. “But right now, I’m not really focused on producing results. I’m more focused on just performing well right now.”