On November 5, 2022 at the Chase Center in San Francisco, CA, T1 mid laner Lee “Faker” Sang-hyeok enters a scenario he knows like no other. Because this is Faker’s fifth World Championship final – a feat no other League of Legends esports professional player has matched – and in the event he leads his team to victory, he will add to his legacy as the greatest LoL esports competitor of all time by becoming the first player in history to win four World Championships.

Yet, for the first time in his electrifying career, Faker is not commanding the support of an overwhelming majority of the crowd. The 18,000+ strong at Chase Center are divided. What could possibly justify a desire to witness the denial of the Unkillable Demon King unto his throne?

Enter DRX. In a five-game epic, the 4th seed from League of Legends Champions Korea upset their 2nd seed countrymen, shocking all onlookers as they had since their first win of Worlds 2022 – an upset against 4th League of Legends Pro League seed Royal Never Give Up in the Play-In Stage.

In DRX’s 3-2 victory over T1 in the Worlds 2022 finals, they wrapped a storybook ending on what will go down as the greatest run in competitive League of Legends history. 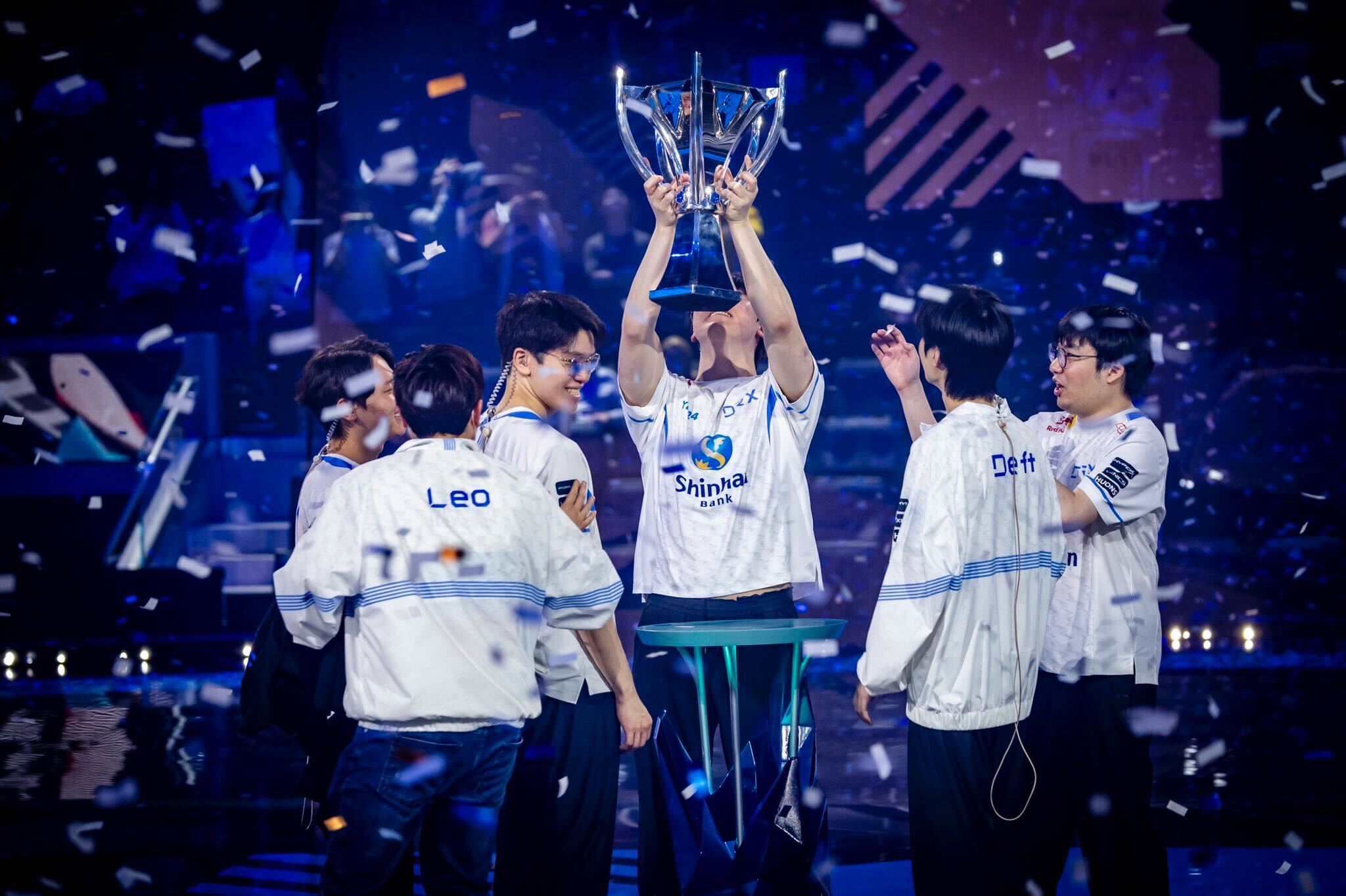 There’s no way to avoid saying it – DRX was not a good team in the 2022 LCK Summer Split. DRX finished in 6th place with a 9-9 record and was promptly eliminated in the first round of the post-season by a surging Liiv SANDBOX 3-1. In the LCK Regional Final, they scraped out two back-to-back 3-2 wins by their skin of their teeth against KT Rolster and Liiv SANBDOX to qualify for Worlds 2022 as South Korea’s 4th representative seed.

While players like AD carry Kim “Deft” Hyuk-kyu had many fans from around the globe, expectations were relatively low for DRX coming into Worlds. It was almost universally accepted that DRX would escape Group B of the Worlds 2022 Play-Ins, albeit as the 2nd seed behind Royal Never Give Up. Even after DRX upset RNG and exited the Play-Ins with a 5-0 record, their escape from Group C on the main stage alongside one of LPL 2nd seed Top Esports, League of Legends European Championship 1st seed Rogue, or Vietnam Championship Series 1st seed GAM Esports was not considered a certainty.

Instead, DRX picked up right where they left off, finishing first place in the group after winning a tiebreaker against Rogue to qualify for the knockout stage as Group C’s 1st seed.

In the knockout stage, DRX would continue to defy expectations to greater heights, upsetting defending World Champion and LPL 3rd seed EDward Gaming 3-2 in the quarterfinals by the way of the greatest reverse sweep in Worlds history. The nature of the series – which saw DRX lose game 2 after being one auto attack away on EDG’s nexus – proved DRX untiltable and they pulled off the reverse sweep with unshakeable confidence (Exhibit A: Deft’s blind pick Draven mid in game 3). Their win over EDG was the beginning of turning many an onlooker into a believer.

DRX continued that momentum into the semifinals against LCK Summer champion and 1st seed Gen.G and won 3-1 despite sporting an 0-8 record against GEN in domestic competition this year.

DRX had undoubtedly exceeded expectations at Worlds 2022 by qualifying for the finals, but the majority of LoL esports fans – whether they wanted DRX to win or not – did not expect it to be possible against T1. That wasn’t an unwarranted thought by any means, either – T1 had only dropped two games the entire tournament and had showcased superior form to DRX throughout the Knockout Stage, especially in terms of consistent mapwide execution.

Contrary to popular expectation, the DRX magic lasted long enough for one last best-of-five win against T1. In lifting the Summoner’s Cup, every member of DRX’s roster reached their respective career peaks after climbing out of the valleys of disappointing seasons past. 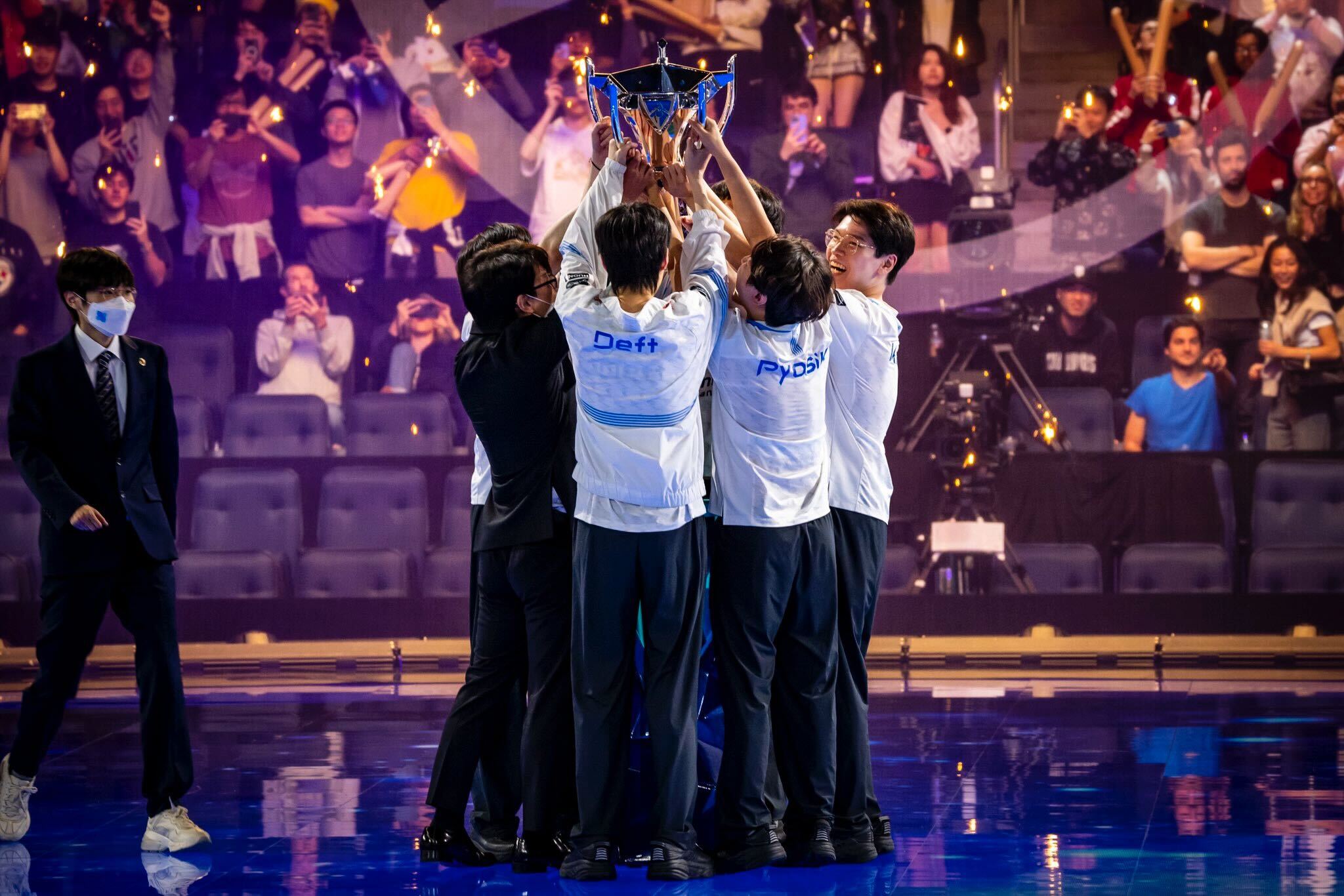 DRX’s run to lifting the Summoner’s Cup at Worlds 2022 becomes even more impressive upon contextualizing their season’s arc with the career arcs of their players. Deft’s potential “last dance” of his career has been well-documented, but after finally being able to consider himself the best player in the world, it’s hard to imagine him retiring before next season. Deft, previously considered by many to be the best player to never win Worlds, was able to break his quarterfinals curse for the first time since 2014 and has arguably solidified himself as the greatest AD carry to ever play the game.

DRX support Cho "BeryL" Geon-hee is almost certainly excited to go all-in on Genshin Impact in the LoL esports offseason, but he will do so as the first player in history to qualify for three consecutive World Championship while not wearing a T1 jersey. With his two Worlds titles in the last three years, his mastery over the LCK’s regional tech of Heimerdinger support, and stalwart confidence in his own play and that of his teammates have wedged him into the conversation for best support of all time.

There has never been an international competition debut like the performance put on by DRX mid laner Kim "Zeka" Geon-woo throughout Worlds 2022, and it’s entirely possible we will never see this level of individual dominance at Worlds again. Zeka played the best games of his career throughout Worlds and continued to ramp up as the stakes got higher. He triumphed over defending World Champion Lee “Scout” Ye-Chan in DRX’s win over EDG, highlighted by four solo kills on him in the final game of the series.

In the semifinals, Zeka outclassed Gen.G mid laner Jeong "Chovy" Ji-hoon, who was considered to be the greatest mid laner in the world coming into the tournament. In the finals, Zeka consistently punished Faker for even micro-sized mistakes and was instrumental in all three of DRX’s wins. Zeka finished Worlds 2022 with a staggering 11 solo kills and was without a doubt the best player at the entire tournament. 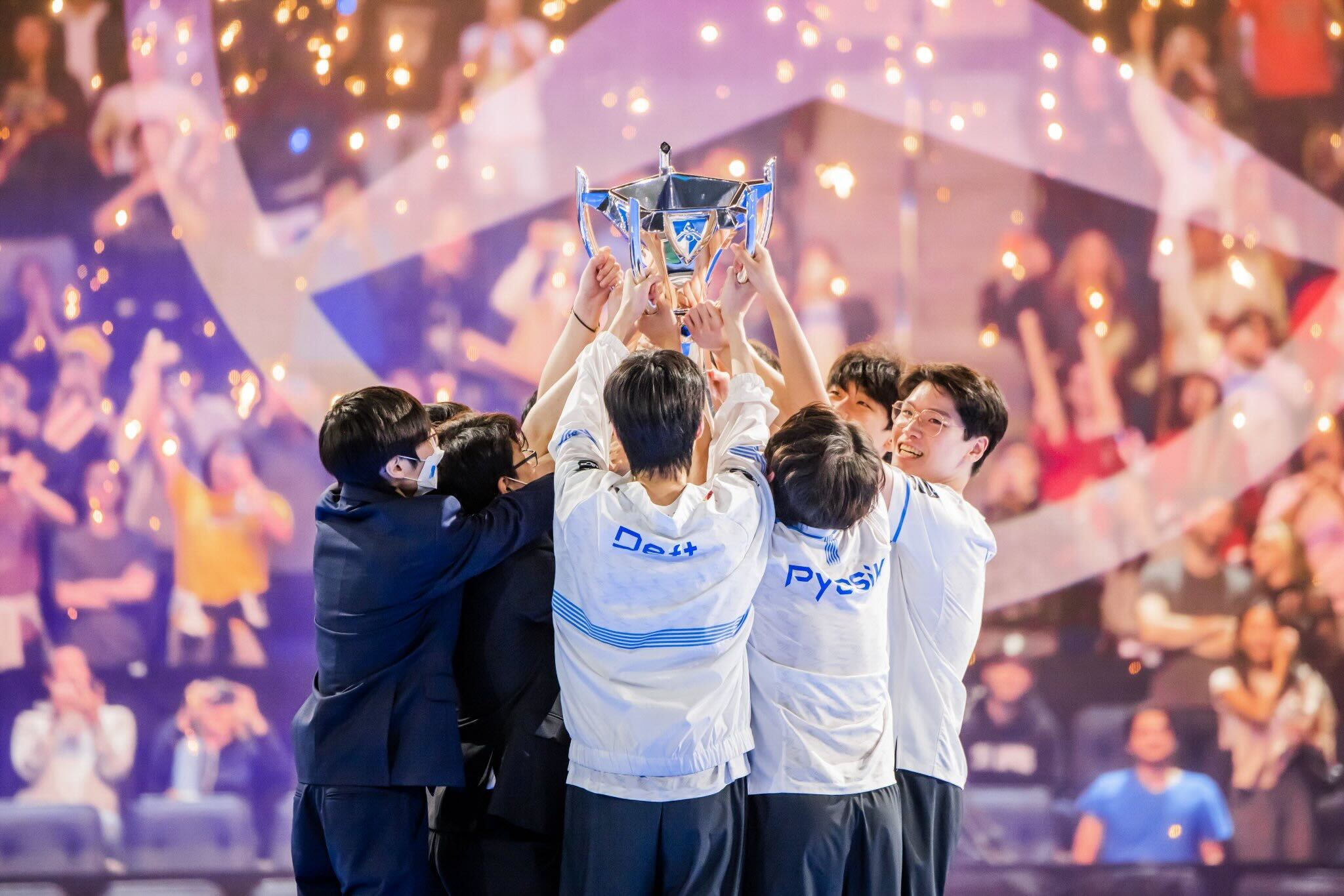 The other players on DRX have overcome their own obstacles as well. Starting jungler Hong "Pyosik" Chang-hyeon was the only player left on the roster from DRX’s 10th place finish – with a paltry 2-16 record, no less – in the 2021 LCK Summer Split. Pyosik has recently spoken about how hard last year was on him personally and professionally, and to see his play reach new heights alongside his swagger and champion-inspired victory dances on the biggest stage of his career is a refreshing, playful splash in a player pool of mostly stoic elites.

Pyosik was not on his A game with Smites throughout the series – a crucial example (but not the only one) of this was in game 3, where twice, DRX battled back into the game before losing their grip due to two Baron Nashors stolen right from under Pyosik’s nose. While he looked a tad shaken after the game, Pyosik came out in game 4 and absolutely slammed T1 on Maokai before riding that momentum into a gallop on Hecarim to close out the series. DRX, once again, proved themselves untiltable, and their jungler’s ability to regain his composure with his back against the wall was crucial in their eventual victory.

Narratively speaking, top laner Hwang "Kingen" Seong-hoon was left by the wayside in the romanticization of DRX narratives, but like Pyosik, he finished 10th place in summer, too – in the 2021 LPL Summer Split on Bilibili Gaming. Aside from Zeka’s ascension to deity, Kingen was far and away the most consistent member on DRX and was the star of the show in the finals against T1, earning himself Worlds 2022 Finals MVP honors.

Even substitute jungler Lee "Juhan" Ju-han played a pivotal part in DRX’s Worlds run. Juhan played three games in place of Pyosik in the World 2022 Play-Ins, going 2-1 with 2 wins on Maokai and 1 loss on Lee Sin for a KDA just shy of 5.0. In addition, whereas many substitutes may have seen their starting peer as competition, Pyosik explained in the post-match stage interview after defeating EDG that it was Juhan that re-instilled him with confidence in himself after EDG won the first two games of the match.

Seeing Faker win an unprecedented fourth World Championship would have been incredible, but instead, fans around the globe witnessed a fairytale ending to the greatest run ever seen in LoL esports. T1 will undoubtedly be back with a vengeance in 2023, but for now, DRX can bask in the glory of an accomplishment that will forever be a high point in the tapestry of competitive League of Legends history.