I think Faker in the Worlds finals is a better mid laner than anyone else. It will be a tough matchup.

In the history of the League of Legends World Championship, there has never been a performance like that of DRX mid laner Kim "Zeka" Geon-woo at Worlds 2022. The 19 year old was considered a serviceable mid laner heading into the tournament, but transformed into a star at the first international tournament of his career. Throughout Worlds 2022, Zeka was nothing short of spectacular, continuously rising to the occasion as the level competition increased throughout the tournament and ending his season not just as a world champion, but as the owner of the most dominant individual performance in the history of LoL esports international competition.

DRX came into Worlds 2022 considered a dark horse at best. They limped their way to Worlds 2022 qualification after a shaky second half of the League of Legends Champions Korea season, but began to exceed expectations right from their first win against Royal Never Give Up the 4th seed from the League of Legends Pro League (LPL). At the heart of that win – the first of many for DRX at Worlds 2022 - was Zeka. Zeka got the better of RNG mid laner Li "Xiaohu" Yuan-Hao on Akali, a pick that, along with Sylas, became a death sentence to any team willing to let Zeka have either for the rest of Worlds 2022.

“In my case, I focus on farming like the last hits to the CS in the early lane phase,” Zeka said of his impressive level of play on melee champions at Worlds 2022. “It’s hard for the opposing ranged-champion laners not to panic because they should have the lead but they can’t. Then they make mistakes, and I just use them.”

As DRX continued into the Knockout Stage, teams began to try to take Akali and Sylas away from Zeka, hoping his impact would be limited on a ranged pick. However, Zeka showed no issue going into a powerful control mage pick in Azir, and while his individual agency on the pick was slightly less than on his melee champions, his playmaking strengths were still well-utilized on the Emperor of Shurima. After showcasing unshakeable mental strength in a reverse sweep of defending champion EDward Gaming behind another otherworldly Zeka performance, DRX’s momentum was reaching critical mass.

“I think the mentality and trust between us have gained a lot by playing together and we also trust that we can turn the game around no matter how disadvantageous,” Zeka explained. “I think we have become mentally stronger while playing the game. Our head coach also gave us lots of confidence and to maintain our mentality with good ban and picks. There are various aspects where we can take care of our confidence and maintain our mentality.” 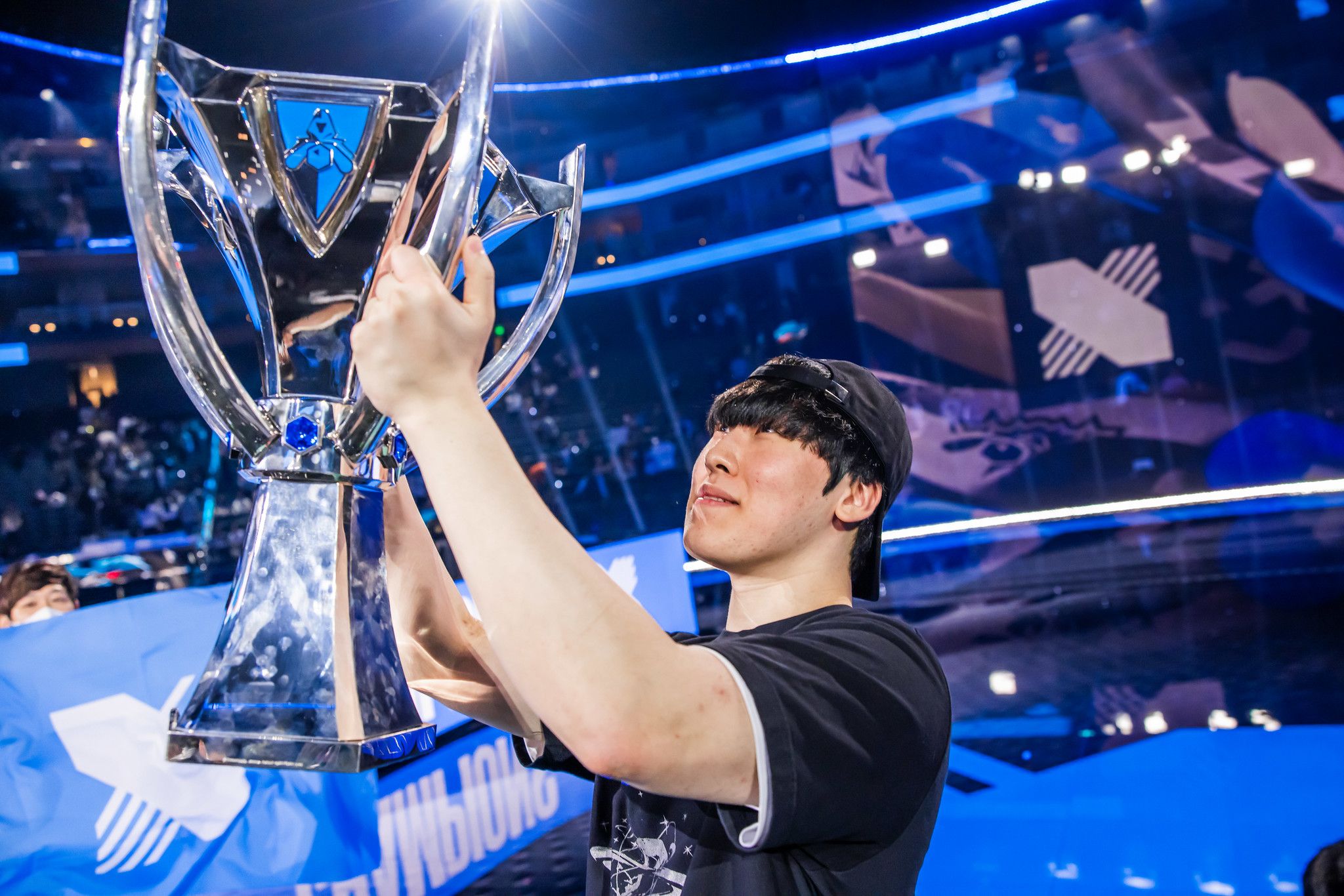 On the path to the Finals, Zeka had taken down the defending Mid-Season Invitational champion in Xiaohu, the defending World Champion EDG mid laner Lee "Scout" Ye-chan, and the player widely considered as the best mid laner coming into the tournament in Gen.G mid laner Jeong "Chovy" Ji-hoon. But he still had one opponent left: Lee “Faker” Sang-hyeok, mid laner of T1 and the best player to ever play the game.

Both Faker and Zeka were scouted by legendary coach Kim “kkOma” Jeong-gyun, but the DRX mid laner refused to get wrapped up in the moment and focused only on the task ahead. “If it were not finals, I wouldn’t think of him very much,” Zeka said of Faker before the Worlds 2022 finals. “But it is Worlds finals, and I think Faker in the Worlds finals is a better mid laner than anyone else. It will be a tough matchup.

“I think kkOma must be proud of be the one who raised the two mid laners reaching the finals. I will do my best to meet his expectations.”

Like many of DRX’s triumphs at Worlds 2022, their 3-2 win against T1 was a nailbiter, but also like all of DRX’s triumphs at the event, Zeka got the better of his opponent. His level of dominance was not that of the consistent lane kingdom he established against Chovy in DRX’s 3-1 semifinals win over Gen.G or the four solo kills against Scout in game 5 against EDG, but more often than not, Zeka played a vital part in exploiting any miniscule mistake Faker made. Zeka came away from the series as the better performing mid laner, and frankly, the best mid laner in the world. 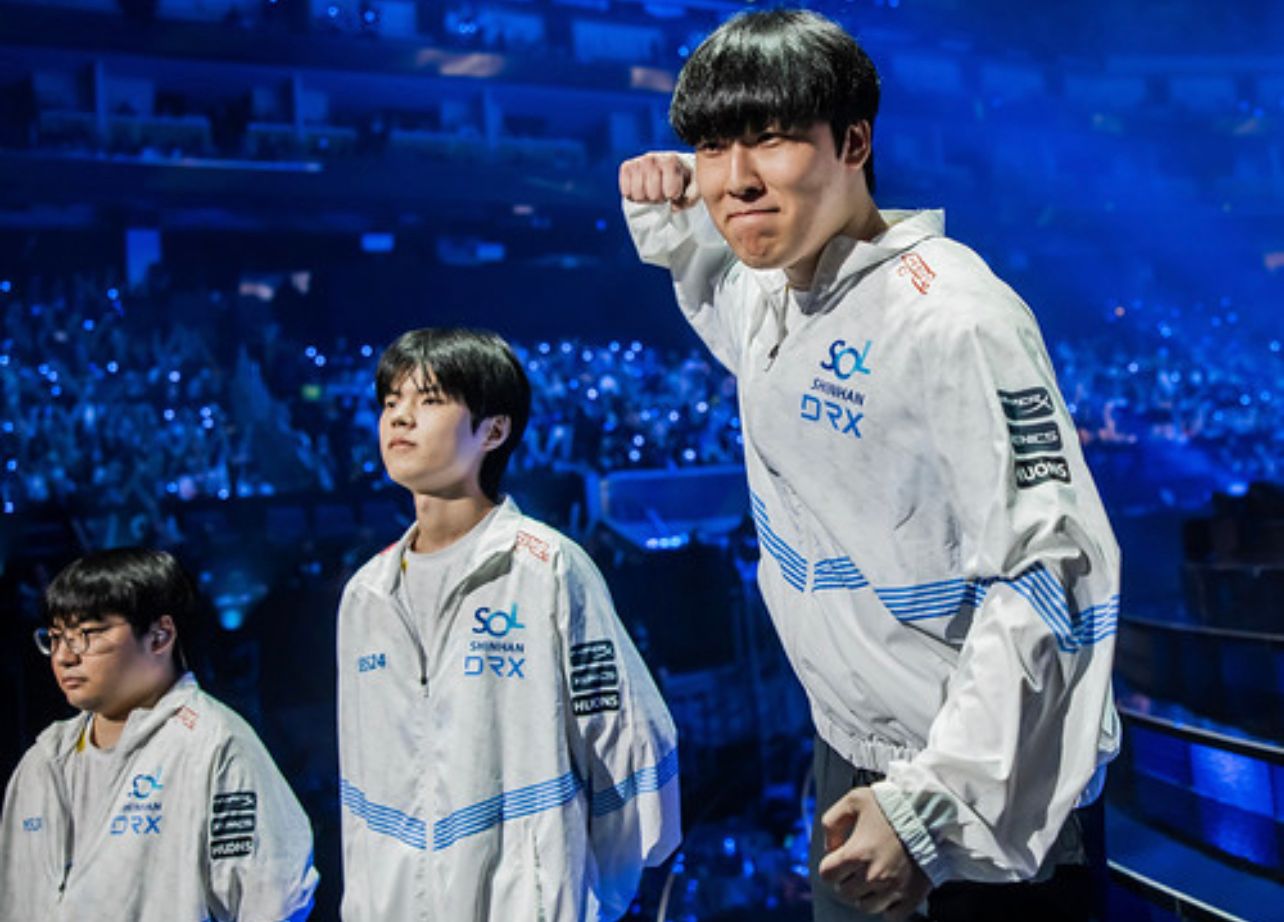 Despite establishing himself as a bonafide star throughout Worlds 2022 with a level of dominance that will likely never be matched, Zeka knows that, even if he is the best mid laner in the world after lifting the Summoner’s Cup with his DRX teammates, he must keep his focus should he want to maintain this level of play. “I can be right now, but the professional world is a world where that needs to be proven every year,” Zeka said after the finals. “I will not be conceited about it and think about doing well next year.”

DRX has many a good story in their run across their starting roster of players – vindication for AD carry Kim “Deft” Hyuk-kyu; redemption for support Cho "BeryL" Geon-hee; proof of process for jungler Hong "Pyosik" Chang-hyeon who finished 10th with DRX in the summer of 2021. Even top laner Hwang "Kingen" Seong-hoon had his day in the sun by winning Worlds 2022 Finals MVP against T1.

But DRX doesn’t even come close to their miracle run if not for Zeka’s sudden transformation into a star on the international stage and his transcendent performance throughout Worlds 2022.