Sep 7, 2022
MAD Elyoya: “I don't think we deserve to go to Worlds. I want to achieve it. I don't think that we did that...But it’s not our fault.”
Interview
Source: Michal Konkol for Riot Games

While MAD Lions’ run in the 2022 LEC Summer Split comes to an end after a 3-1 loss against Fnatic, their year isn’t over yet. The LEC received a fourth seed at the 2022 World Championship as a result of the LCL’s indefinite pause due to the ongoing war between Russia and Ukraine. Since MAD Lions finished the Summer Split in fourth place, they’ll be representing Europe in the Worlds Play-In Stage.

However, MAD’s Worlds qualification is controversial. Due to the LEC’s playoffs format, MAD Lions qualified for Worlds after missing playoffs in the Spring Split, then finishing high in the Summer Split best-of-one stage, only to lose both best-of-fives it played in the Summer Split playoffs.

MAD Lions jungler Javier "Elyoya" Prades agreed that his team qualifying for Worlds is unfair. After the series against Fnatic, he spoke to Factor.gg about his team’s performance in the playoffs, his own performance this year, and making it to the 2022 World Championship at the end of such a rocky road.

Welcome, Elyoya. That was a bit of a rough one against Fnatic. How are you walking away from this?

Eh, obviously I'm not feeling the greatest after we lost to them. It's not a good feeling, but it is what it is. You just have to deal with it and try to be better for the next one.

If I look at the drafts, you were very open to letting Fnatic play Lucian/Nami in the bot lane and Trundle in the jungle. Did you identify those champions as something you could counter them on?

We thought that it was harder to leave any of the other picks open. We wanted to make sure that we had good matchups into them. Yes, they had strong lanes, but we had something like the Sivir/Yuumi to answer. That should be a fine lane to play against it. It's the same for the top lane matchup. We had Aatrox into Gwen, with also a Yuumi on our team, which we thought would be winning. Even though we know they're good on those champs, we thought that we could beat them on it. 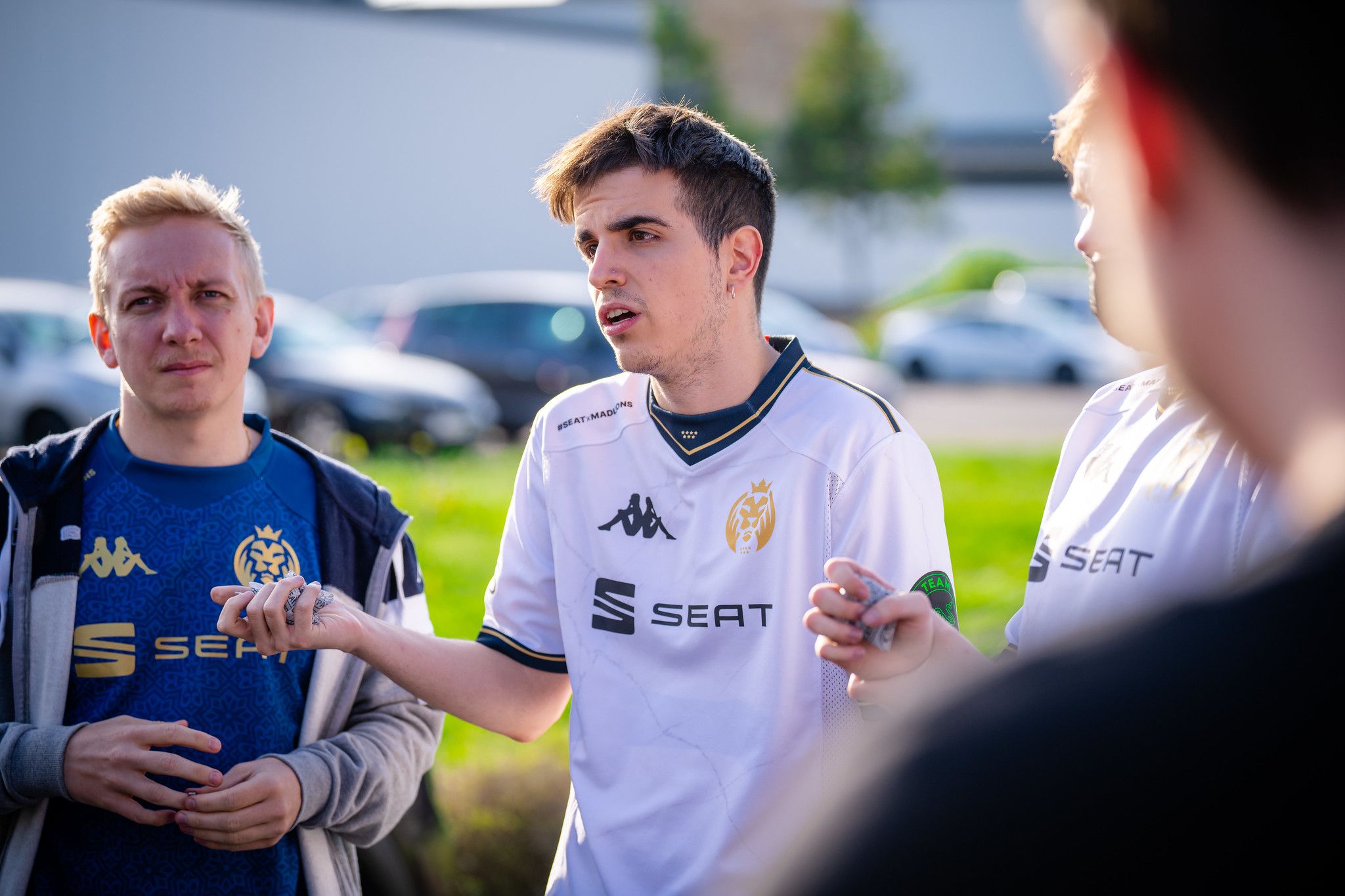 Even though you were on the backfoot and staring at elimination in game 4, I saw you guys laughing and having a good time. Was it difficult to keep that up?

Being in a good mood or in a bad mood is not gonna change the fact that you're 1-2 or something like that. So, if you are just in a good mood and try to cheer people up, helping people feel more comfortable heading into the game without being sad, it's always better. We try to be logical about that. And yeah, if we are losing, we can still have fun.

Looking back, you came off a series against Rogue, which was a very close affair but also quite messy. What were the lessons from that series?

This week, we came into the practice with many different approaches for basically everything in the game. We wanted to practice on playing more Yuumi lanes, we also wanted to change our jungle picks a bit. We thought that it could work, but clearly, it didn't.

The mid game has continued to be an issue for MAD Lions this split. Obviously, after such a loss, it's going to look even worse. But how do you feel about the progress you've made in that area?

I think we are much better in the mid game right now. The problem is, in our late game, we struggle when the enemy has many pressure lanes. This is what happened in this series. I think they were putting on a lot of pressure all the time. It was hard to play against that. It feels like you are a firefighter and you need to put out fires all the time all over the map because they were getting advantages in the lanes. It was hard to play.

Your season isn't over yet of course, but the LEC year is done. Given that you're still a well-respected jungler, but also someone who's very critical of himself, how are you looking back at your performance?

I think I could have played much better at any point. I was playing pretty fine in the regular split, but then in the playoffs I should have been a bit sharper. That's definitely the case for the Rogue series. This one [against Fnatic] was just much harder to play, but I still could have performed better. Maybe that would have made us go through. But I need to think a bit more about this one. 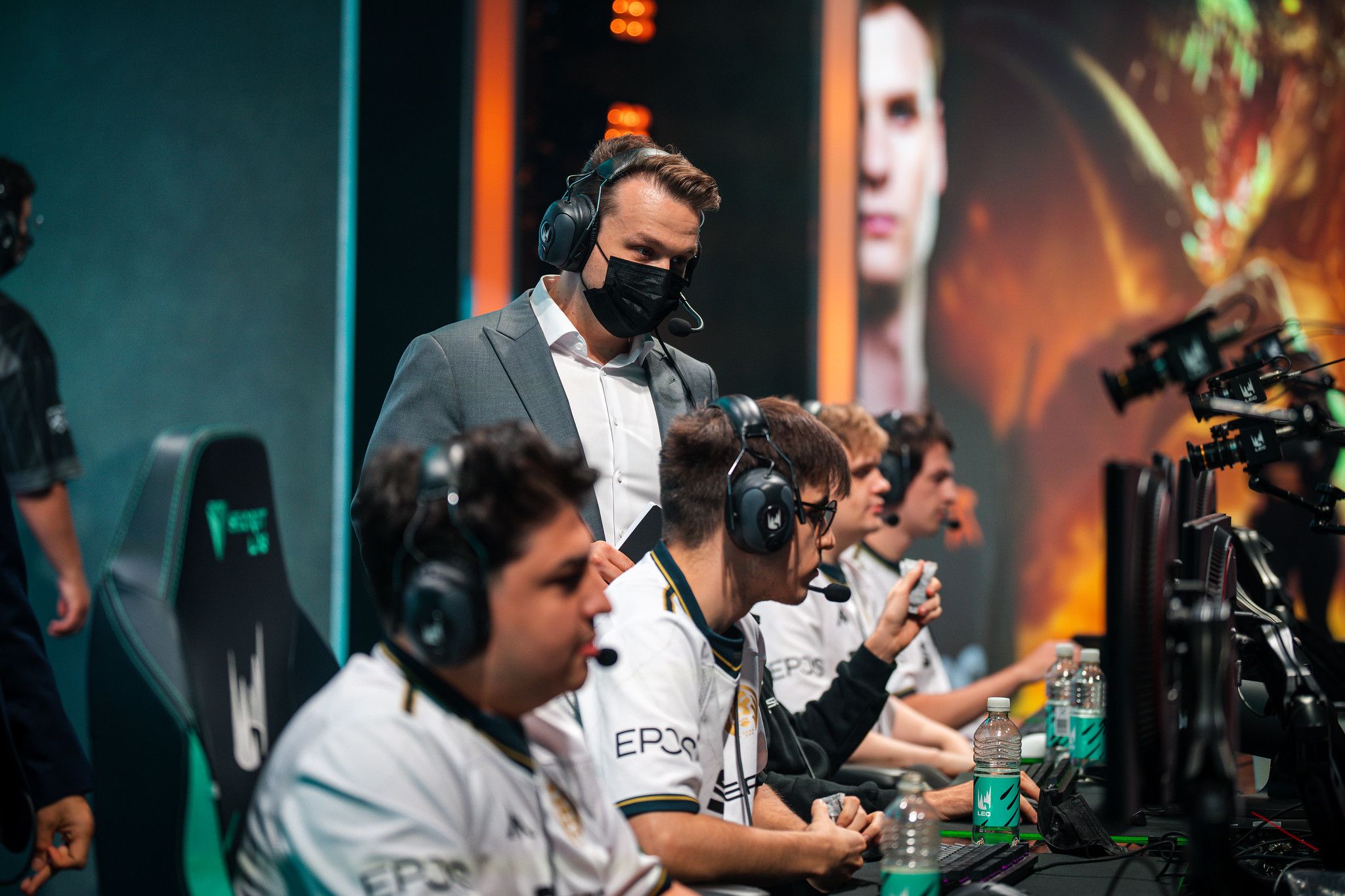 Well, looking forward, you are still going to Worlds. You are quite critical about your own performance in the best-of-fives, and there is quite a lot of criticism from the outside as well. But how are you feeling about going to the tournament again?

People are just gonna flame us for not winning a single Bo5 and... sure. We don't have any fault in this. I also do not like to qualify without winning any Bo5's. I don't think it's fair for anyone, not even for us. I don't think we deserve to go to Worlds. I want to achieve it. I don't think that we did that. The playoffs format is not the best. But still, it's not our fault. People can flame us whatever you want, but I mean, it's not like we had something to say about it. If we lose two Bo5's and we still go to Worlds, we cannot change it. What can we do?

Yea, of course, I fully agree with you that it's the system that's broken. Looking at Worlds though, you'll have to go through the Play-In stage. With all due respect to the minor regions, their teams generally are weaker than the major region teams. Is that going to help you in any way?

[Laughs] True, MAD had trouble in the Play-Ins before, but that's before you joined so it's all fine now, right? To round up, Elyoya, is there anything you'd like to say to those who supported you and those who will support you at Worlds?

I'm sorry for the performances in our Bo5's. It's not what we wanted, but it happens. We were not good enough this time. I'm sure we're gonna come back stronger for the Play-Ins and we'll try to be the best version of ourselves. We'll make you proud. So, I'm sorry, and thank you so much that you keep supporting us.